A short history of the present Church and its origins 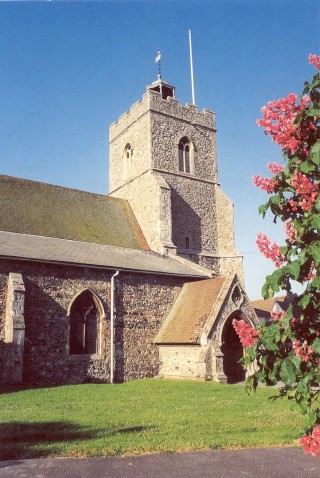 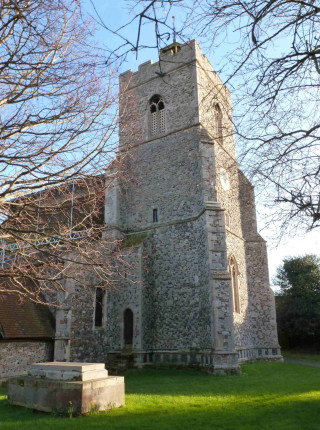 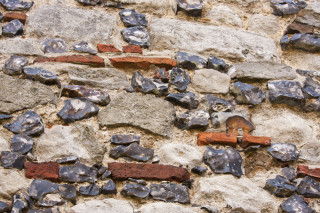 The present Church is possibly built on Roman foundations, which is why there are so much Roman brick and tiles in the walls of it.  After the original building, the Anglo Saxons probably built a wooden church.  Then came the Normans who built a church in stone which is the basis of our Church.  It did not have a tower; the nave and chancel were smaller than now and the North and South aisles were not built, but it is the basis of our Church.

St Mary`s is a very early church name but Wivenhoe church is not mentioned in the Domesday Book. In fact hardly any church was mentioned in Essex, although in Suffolk all the churches were mentioned. Did Essex people upset the people working on the book?

The North and South aisles were built in 1340 and 1350, and so our Church is the oldest building still standing in Wivenhoe. Until the early 1500s, the Nave floor was just beaten earth and the walls would have been covered with paintings of scenes from the Bible painted by local artists. The columns would have also been painted with flowers or ivy running up them.  So very old churches could be very cheerful places to be in.

The Nave was separated from the chancel by a wooden screen called a Rood Screen.  The upper part of the screen was pierced with carvings, while the lower half would have had pictures of Saints on them.  Above the screen was a large wooden cross called THE ROOD , which is why they are called Rood Screens.

The congregation did not take part in the Mass only the priest did so. The early communion chalices were like small wine glasses. The congregation only took communion at Easter after an all night vigil in the Church. Generally speaking there was nowhere to sit so services could be tiring. All you could do was use your rosary beads, look at the wall paintings or even pray. You only left when the priest said you could go.

When people died they were not buried in a coffin but in a wool or cotton shroud. The South side of the churchyard was the preferred place to be buried as the North side was, in folk lore, the devil’s side, and was used for suicides, murdered, drowned and unbaptised people.  The churchyard was not only used to bury people but also for general festivities including dancing. We get Carol as in Christmas from the old name for a dancing tune as they were called carols.

The people of Wivenhoe probably had around 50 days a year when they could celebrate with festivities. These included Saints days and village festivities based around village events in general.