Page created by Peter Hill in tribute to Sylvia 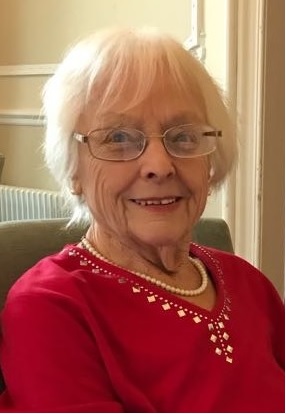 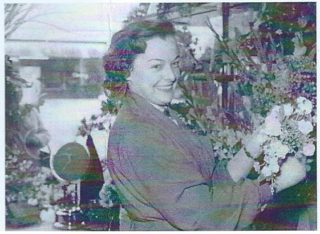 A young Sylvia Usher just after completing her florist apprenticeship 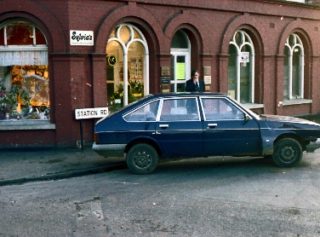 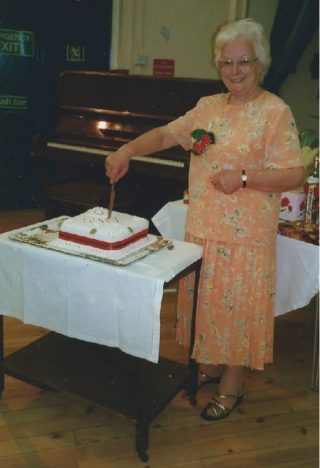 Sylvia Usher, President, Wivenhoe branch of the WI, cutting the 81 years cake in 1999 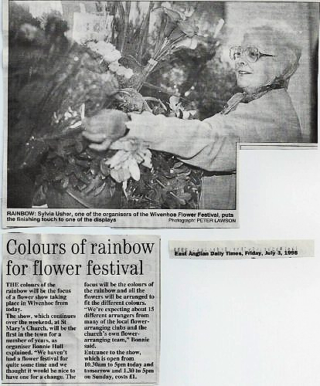 Sylvia Usher, one of the organisers of the St Mary's Flower Festival, held in 1998
From EADT newspaper 3rd July 1998 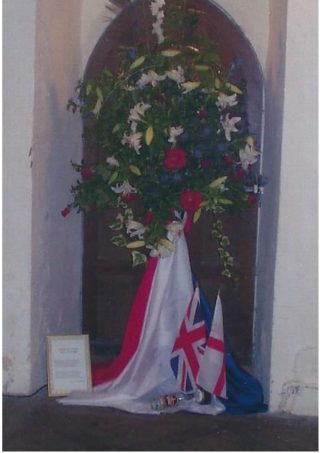 A flower arrangement from the 1998 St Mary's Church Flower Festival 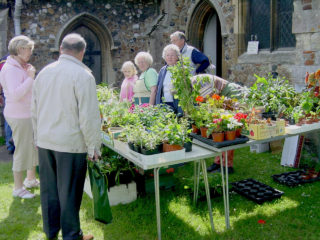 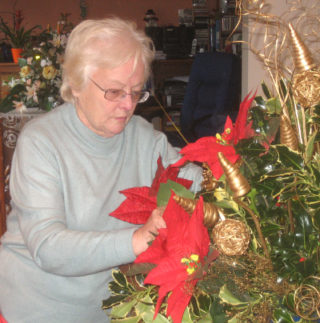 Sylvia was well known by people who lived in Wivenhoe particularly those who have been here since 1977 when Sylvia Usher opened her florist shop in Grosvenor House, on the corner of High Street and Station Road.  Hers was the first florist shop in Wivenhoe.  It was always well stocked; she used to go to London, to the flower market, very early of a morning to get most of her stock. This she would keep in the cellar under the shop to keep the flowers fresh.

The days of Sylvia’s florists shop will be fondly remembered by many people but especially by her daughter, Jenny, and many of the girls who worked there. Sylvia would pass on her skills and knowledge of flower arranging, not least to Jenny who has inherited her skill, passion and level of detail for creating superb flower arrangements.

Sylvia was born in 1936. She was an only child, her father being Welsh and her Mother, Swiss. She grew up in Stanford-le-Hope and where Sylvia’s love for flowers really began for it was from her father as he had a wonderful flower nursery. She also inherited her ‘green fingers’ from him. However, at the age of 16, she lost her father.

After leaving school, she began a floristry apprenticeship in London and continued this in Switzerland.  Photo on the right: The young Sylvia surrounded by flowers you can see in the photo was taken when she returned to London and qualified as a florist.

After marrying, she moved to Witham where she managed Michelle’s florists for many years and where Jenny and her brother Michael, spent their early childhood. She came to Wivenhoe in 1977.

St Mary’s was one of Sylvia’s favourite places. Sylvia saw to it that the Church was always well decorated with flowers by inspiring a team of flower arrangers, and would also work with brides to ensure their flowers in the Church helped to make their day special.  She organised flower festivals in Church and became its Verger for a great many years, until just a year before her death in 2017.  For many years she was a member of the Church’s Parochial Church Council and also a member of the fund-raising team as well as other committees.

Not unsurprisingly, given her passion for flowers, and her upbringing, Sylvia also had a passion for plants in the garden.

Her love for the garden was something she shared with her great friend, Dennis. He, along with many others including her daughter Jenny all had lots of plants in their gardens that Sylvia had rooted and grown so easily.

And of course she was always to be found managing the Plant Stall at St Mary’s Church June Market each year.

Sylvia became a member of the WI soon after coming to Wivenhoe where she was considered an active member. She was President three times, and was responsible for the re-opening of the branch in 2005, after it had been closed for three years.

She became a resident at Jonathan Feedham Court in August 2005 and where she lived for 12 years, taking a keen interest in the welfare of the other residents who lived there, helping them all when she could.

Sylvia Usher, fondly remembered by a great many friends, in Wivenhoe, in St Mary’s Church and in the W.I. and remembered with great love by her family.