On the 17th September 2011 St Mary’s Church held a Church Ale Festival in the churchyard.  The beer was brewed by a, fairly, local brewery, and a very nice brew it was too.

This highly successful and enjoyable event was organised by Marika Footring, a member of the Church Committee. 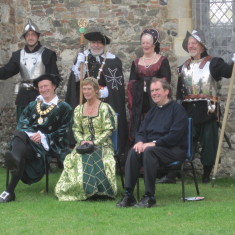 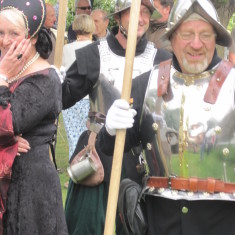 The two pikemen of the Colchester Town Watch.
John Collins 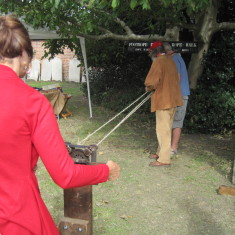 Des Pawson, "the Man in the Red Hat", from the Museum of Knots & Sailors' Ropework, teaches visitors how rope is made.
John Collins 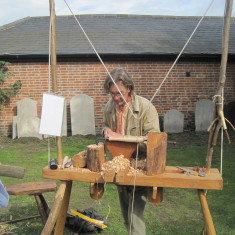