The Divine Name on display in St Mary's Church, Wivenhoe

High up in the east window of the north chancel aisle can be seen four Hebrew letters enclosed within a golden triangle. The letters, when read from right to left, represent the Hebrew letters ‘Yod He Waw He’ and are commonly transliterated as YHWH or JHVH. Collectively, the letters are known as the Tetragrammaton which signifies God’s name, and which is commonly rendered in the English language as either Jehovah or Yahweh. In fact, the Bible translator William Tyndale was the first person to render the divine name as JEHOVAH in his English translation of the first five books of the Bible in 1530. 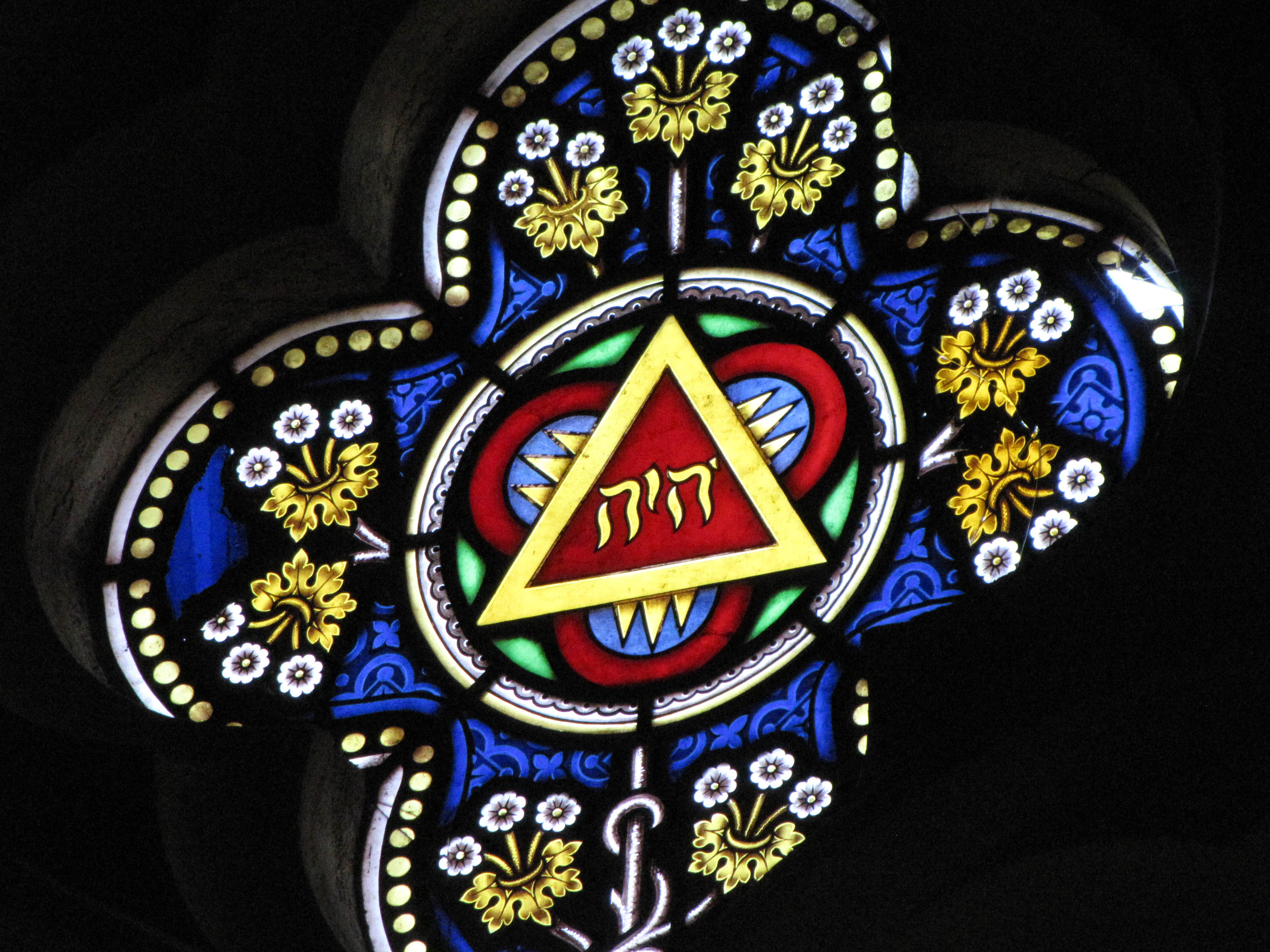 God’s name in the form of the Tetragrammaton as seen in the east window of the north chancel aisle. 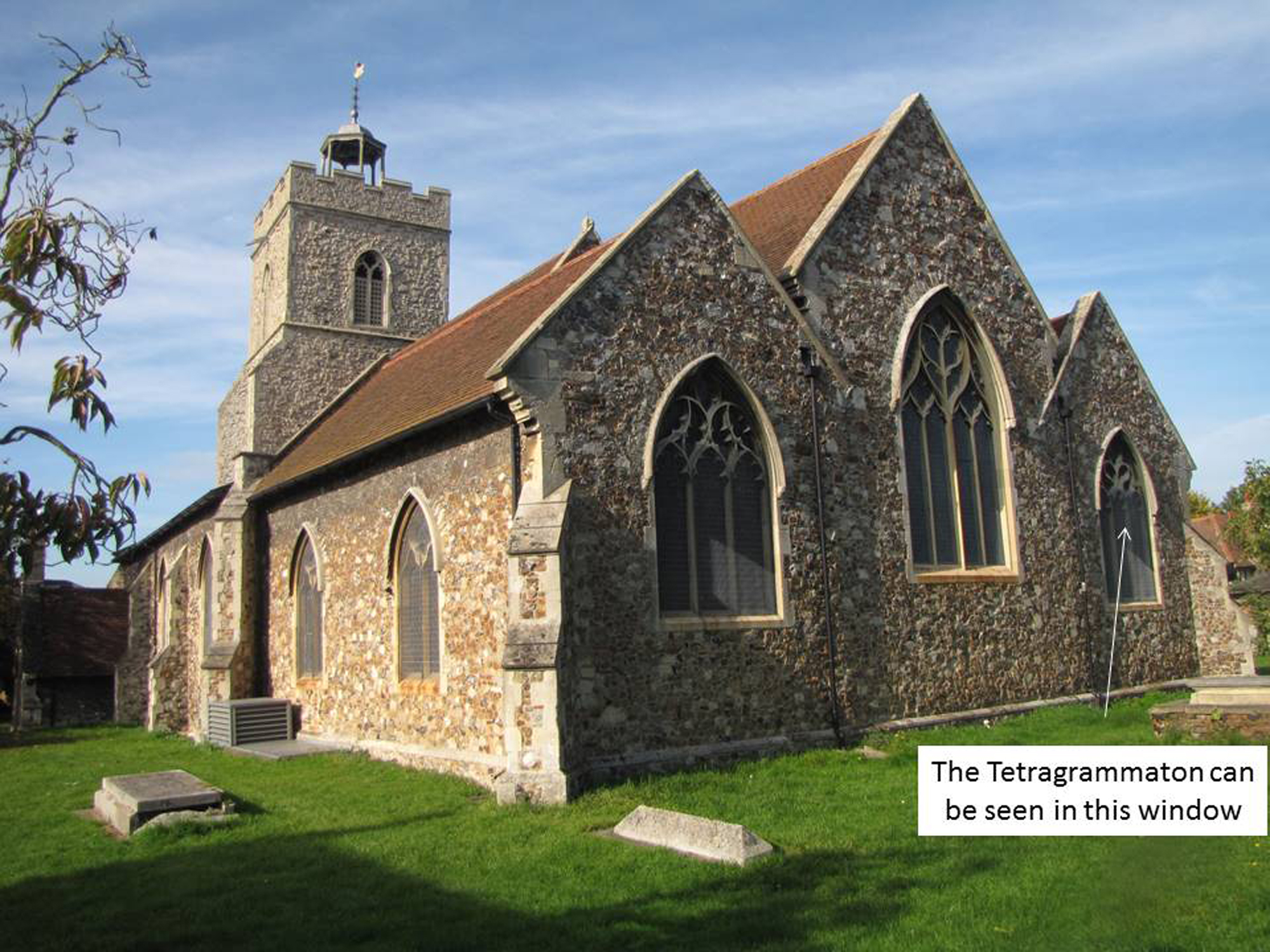 St Mary’s Church, Wivenhoe showing the location of the Tetragrammaton.

Of course, today most people simply refer to the divine being as God, Lord or even the Almighty, but these are merely titles much in the same way as a person might be addressed as Mr or Sir rather than by their personal name.

So how do we know that God’s name is Jehovah? Well you may be surprised to learn that the Tetragrammaton appears nearly 7,000 times in the original Hebrew Scriptures (Old Testament). However, in most modern translations of the Bible, the divine name has been replaced by the word LORD in capital letters. This is, apparently, in deference to a long-standing Jewish tradition, or superstition, possibly based on their rendering of Exodus 20:7 which reads: ‘Thou shalt not take the name of the Lord thy God in vain’ (King James Version). But for whatever reason it was decided that the divine name was so sacred that it should never be spoken out loud, and over time the way in which the name was properly pronounced came to be forgotten. And although they never actually removed God’s name from their holy writings, they did later insert vowel signs against the letters to remind the reader that they should pronounce the name as ‘Adonai’ instead, which means ‘the Lord’.

As noted above, many modern translations of the Bible have continued with this tradition of suppressing God’s name or substituting it with the word LORD. For example, the New English Bible (1972 ed.) states in its introduction the following: ‘In this translation, and in most English Bibles, God is frequently referred to as ‘the LORD’. This title, (when printed thus in capitals) stands for the four Hebrew consonants YHWH which represent the name of the God of Israel. This name was considered too sacred to be pronounced, and the expression ‘my Lord’ was substituted for it in reading, although the consonants still had to be written’.

In fact, the translators of the New English Bible did render the divine name as Jehovah in six places including a verse at Exodus 3:15 which reads: ‘You must tell the Israelites this, that it is JEHOVAH the God of their forefathers, the God of Abraham, the God of Isaac, the God of Jacob, who has sent you to them.’

In many translations, even where the divine name has been substituted, it does often appear at Psalm 83:18. In this case, to do anything otherwise would render the verse nonsensical. According to the King James Version of the Bible, for example, the verse reads: ‘That men may know that thou, whose name alone is JEHOVAH, art the most high over all the earth’.

A number of other modern translations, however, have decided to remain more true to the original writings by including God’s name wherever it appears in the original Hebrew, and one example is the 1966 Catholic Jerusalem Bible which faithfully renders the divine name as Yahweh throughout the Old Testament. However, a rather strange thing happened in 2008 when a directive was issued from the Vatican stating that the name of God, as revealed in the Tetragrammaton YHWH, was no longer to be pronounced in Catholic liturgy or in music. It further stated that Catholics at worship should neither sing nor pronounce the name of God as Yahweh. Also from this time the use of the name Yahweh was to be dropped from all future translations of Catholic Bibles. The reason given for this amazing turnaround was that such pronunciation would violate long-standing Jewish tradition. One wonders what Jesus would have thought of this decision knowing that he often berated the Jewish leaders for their adherence to their traditions, at the expense of keeping God’s commandments (e.g. Matthew 15:3,6, New English Bible). It is also of interest to learn that the Tetragrammaton is clearly recognisable on a funerary monument, and also on a painting, in St Peter’s Basilica at the Vatican. 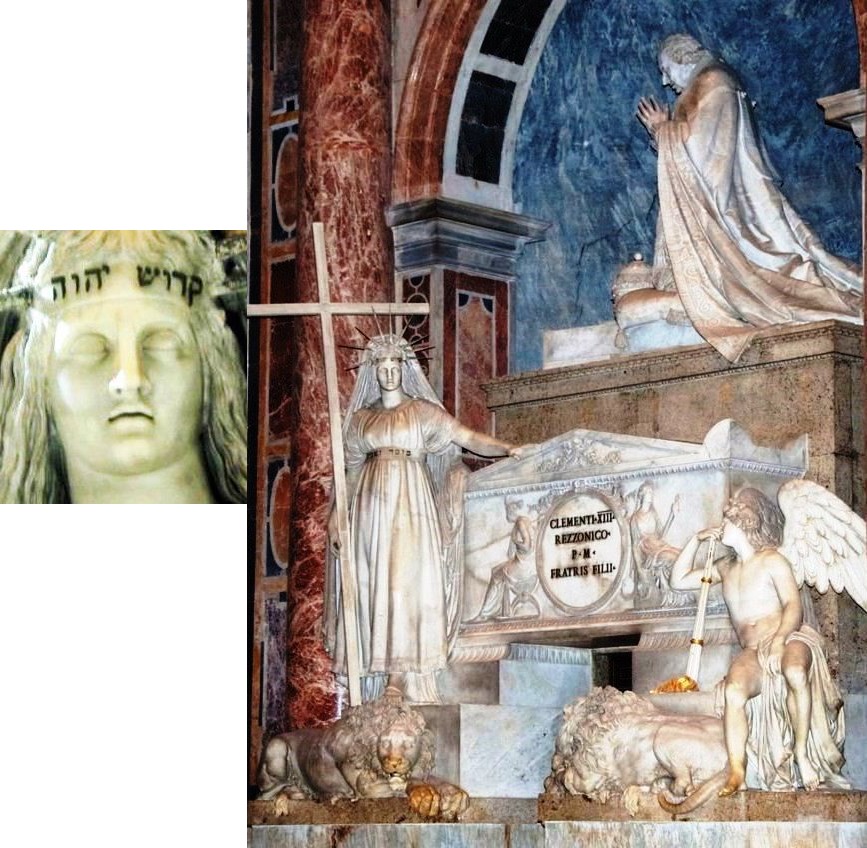 The tomb of Pope Clement XIII in St Peter’s Basilica at the Vatican. The figure to the left of the monument, holding a cross, is wearing a headband containing God’s name in the form of the Tetragrammaton. The inscription reads: ‘Jehovah is Holy’ or ‘Yahweh is Holy’.

Another modern translation which remains faithful to the original Holy Scriptures by including God’s name throughout their translation is the New World Translation of the Holy Scriptures published by the Watchtower Bible & Tract Society. This translation renders the Tetragrammaton as Jehovah over 6,800 times in the Hebrew Scriptures (Old Testament), and over 230 times in the Christian Greek Scriptures (New Testament). Commenting on this translation, the respected biblical scholar Jason David BeDuhn in his book Truth in Translation: Accuracy and Bias in English Translations of the New Testament (2003) writes:- ‘The New World Translation is the only accurate translation of the nine we are comparing, since all of the other translations replace the personal name of God, in over six thousand passages, with the euphemistic title ‘Lord’ given by many translators in capitals, as LORD’. 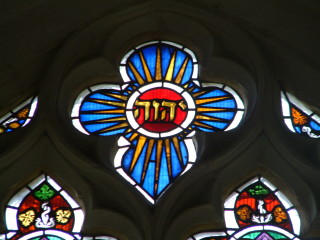