Restored in 1998 after an appeal for funds 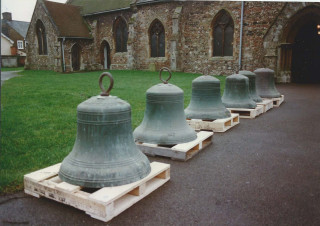 The six bells waiting to go into St Mary's to be re-hung.
Photo from Jane Cole 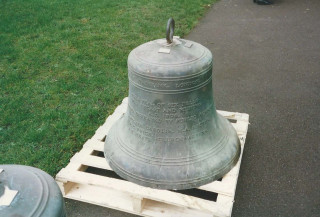 The inscription on this the Tenor Bell reads: This peal of bells was recast and rehung A.D. 1905. The cost was defrayed by public Subscription. Sinclair Carolyn MA Rector. F.C .Price & J. E. Heath - Churchwardens
Photo from Jane Cole 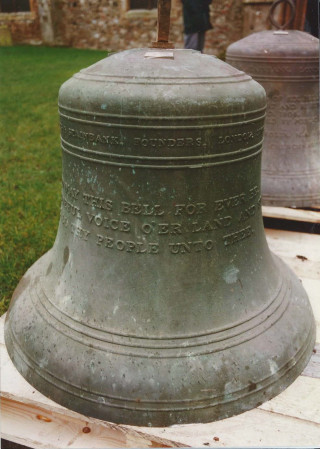 The 5th Bell. The inscription reads: Lord may this bell for ever be a tuneful voice o'er land and sea, To call thy people unto thee.
Photo from Jane Cole 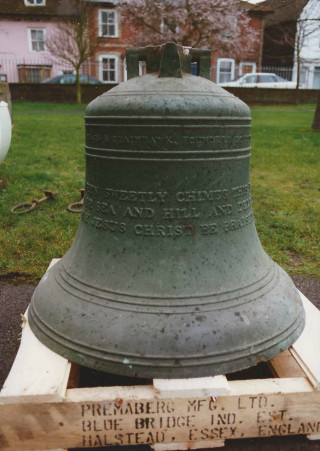 The 3rd Bell. The inscription reads: When sweetly chimes this bell, O'er sea and hill and dell, May Jesus Christ be praised.
Photo given by Jane Cole 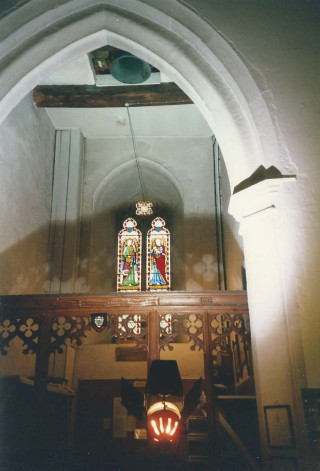 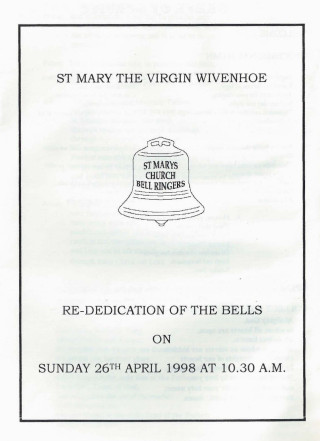 Bells in the tower were first installed in 1802; these had been cast by Thomas Mears of London. These however had become cracked and beyond repair. They were replaced by a fresh set of bells in 1905 which had been cast by Mears and Stainbank Foundry in London.

In 1998, these bells were sent away for restoration and re-tuning, money for which was raised by the Wivenhoe community, donations from charitable trusts and a grant from the Millennium Commission.  The restoration work was done by Whites of Appleton and the re-tuning by the Whitechapel Bell Foundry.

5th Bell:     Lord may this bell for ever be a tuneful voice o’er land and sea, To call thy people unto thee.

4th Bell:    For the honour of God and the use of this Church, these bells were raised.

3rd Bell:    When sweetly chimes this bell O’er sea and hill and dell May Jesus Christ be praised.

2nd Bell:   Prosperity to this Church and Parish.

To commemorate the 1998 restoration, a brass plaque has been placed on the tenor headstock which reads:

“This peal of bells was restored, re-tuned and rehung in 1998.

History of the Bells

A church clock was mentioned in 1613 and, subsequently, a clock with a bell was presented by Matthew Martin (d. 1749).  To see a picture of this clock mechanism in the Wivenhoe Chapel Museum – click here