You are here: Home>Topics>Activities of the WHG>4 Major Projects of the WHG>Wivenhoe's Pubs & Beerhouses>The Tyrells in Wivenhoe

The Tyrells in Wivenhoe

A Royal connection to Wivenhoe 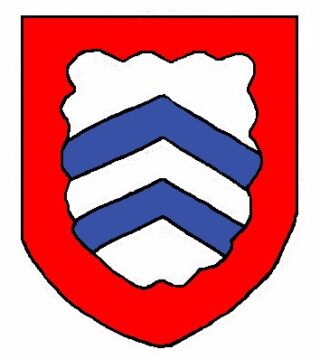 Coat of Arms of Tyrell, Baronet of Springfield

A Royal connection to Wivenhoe. Sir John Tyrell [c.1342-1437] was one of the founders of the chantry in Wivenhoe church and was Treasurer to the Household of Henry VI. His grandson, Sir Robert Tyrell of Wivenhoe [c.1500-1555] was Master of Horse to Henry VIII.

Despite its humble appearance as an insignificant port, ship-building and fishing town, Wivenhoe has long had a connection to royalty and the upper echelons of society. From the de Vere family, Earls of Oxford, at Wivenhoe Park, land on Wivenhoe Heath being granted to the Knights Hospitallers in 1180, Viscount Beaumont at Wivenhoe Hall, visits by Beau Brummell to his brother William, the later owner of Wivenhoe House, through to the racing yacht Britannia of King George V, the connections were generally low-key but provided welcome income to the inhabitants of the town.

Research of The Red Lion pub for the Wivenhoe History Group threw up the name of an estate on which that and the other buildings opposite the church had been built – Hartshorn. Whilst there seemed no records of such an estate a more general search revealed a Christiana Hartshorn had married Sir Robert Tyrell of Wivenhoe.

The Tyrell family have had links to north-east Essex since Walter Tyrell [1030-1100] came to England with William I in 1066 and was granted the manor of Langham, where the family were based for eight generations until Sir James Tyrell married Margaret the daughter and heir of Sir William Heron and the family moved to Heron Hall in Horndon. The births, deaths and marriages there are recorded in the archives of All Saints church, East Horndon (now isolated on a small area of land between the A127 and A128).

Many generations have been knighted

Many of the Tyrells were knighted and in 1666 Sir John Tyrell was created Baronet of Heron, a title that was retained by subsequent generations until another Sir John, the 6th Baronet, died without issue in 1729 and the baronetcy died out. Other branches of the family married into various major families of Essex: de Marney, D’Arcy, and Petre (who was created Baron of Writtle in 1603 a title still held in 2020 by John Petre the 18th Baron and former Lord Lieutenant of Essex). Other baronetcies were granted to Tyrells in Essex: Boreham, Springfield, Thorndon.

Close to the Crown

The Tyrells were close to the Crown and Parliament being MPs and Speaker of the House for much of the 1400s and 1500s. They served Henry VIII as his Master of Horse and Charles I as his Master of Buckhounds. There were the black sheep though; two of the family were warders of the Fleet Prison and Sir James Tyrell of Gipping was beheaded at Tower Hill in 1502 as one of those responsible for the deaths of the princes in the Tower.

Away from London, the Tyrells in north-east Essex were more beneficent. Sir John Tyrell (c.1342-1437) was one of the founders of the chantry in Wivenhoe church and was Treasurer to the Household of Henry VI. He is buried at Austin Friars in City of London. His grandson, Sir Robert Tyrell of Wivenhoe (c.1500-1555) was Master of Horse to Henry VIII and married Christiana Hartshorn daughter of John Hartshorn of Bedfordshire; he was buried at Grey Friars in Colchester with his second wife Elizabeth. A little way south in Chelmsford, Sir Henry Tyrell (c.1520-1588) was one of the four founding governors of King Edward VI Grammar School and his great grandson Sir John built the Old School Room on Duke Street in 1633.