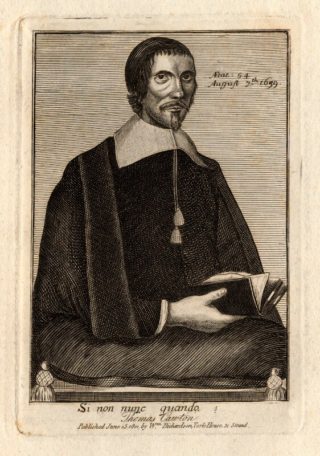 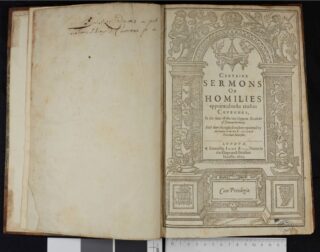 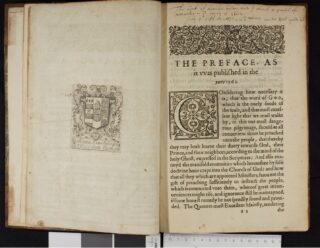 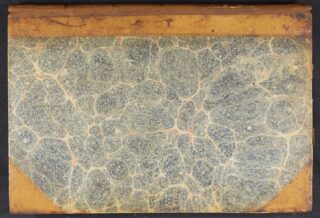 The Background to Thomas Cawton’s Appointment

Sir Roger Townshend (1544-1590), who had inherited more than twenty manors in the vicinity of Raynham in Norfolk had purchased the manor of Wivenhoe from Edward de Vere in 1584. His grandson, also Sir Roger Townshend (1596-1637), was a landowner and politician who sat in the House of Commons in two parliaments between 1621 and 1629. On or before 1628 he married Mary de Vere, daughter of Horace de Vere.

In Wivenhoe John Cornwall had served as rector for thirty years from 1607-37. He was apparently a moderate and well liked but between 1617-19 ‘pernicious contentions’ had arisen in the town which culminated in the principal parishioners petitioning the patron, Sir Roger Townshend, to defend their ‘most loving minister’ against his opponents. Butler suggests that this may have arisen because the ‘puritanical element’ in the town was increasing its demands and this may be why Cawton, who had been living in Wivenhoe for three years, was subsequently appointed rector. It seems that the living was in a parlous state at the time as in1633 it was reported that there was no decent cloth for the communion table and no pulpit cloth.

Thomas Cawton (1605-1659) was born into a family of limited means at Raynham, Norfolk but had desired to become a clergyman from an early age. His parents secured the patronage of Sir Roger who supported him and sent him first to school and later to Queens’ College, Cambridge where he studied oriental and other languages and was noted for both his learning, logic, and extreme piety.  He matriculated in 1626, graduating with a BA in 1630 and an MA in 1633. Subsequently he studied theology with Herbert Palmer, the vicar of Ashwell in Hertfordshire who was known as a ‘godly catechist’ and circa 1635 he married Elizabeth Jenkyn, daughter of a Sudbury preacher and they had seven children, three of whom were born in Wivenhoe.

When Sir Roger (on his death bed) presented Cawton to the living in 1637 the parish was reputed to be ‘notorious for all manner of vice and wickedness, drunkenness and swearing’ and because it was a ‘sea town’ he had a particular problem with the fishermen who were used to going to sea on a Saturday and bringing fish to sell ‘almost at the church doors’. They even tried to bribe him with fish but Cawton resisted this and soon brought discipline to the community and persuaded his unruly parishioners to observe the Sabbath and discontinue their Sunday fish market. He also preached against Dissenters and the growth of sects, something which might have turned the village against him but on the contrary it was said that he was beloved of his people who admired him for his ‘honest living and sincere preaching’.

Some idea of Cawton’s values can be seen in a copy of ‘Certaine sermons or homilies appointed to be read in churches’ published in 1623 which is kept in the Senior Library at Lincoln College, Oxford University. This is a collection of thirty three sermons published in separate parts in the mid sixteenth century. The book bears the inscription above the preface ‘This book of homilies belong unto the church and parish of Wivenhoe in the County of Essex’ signed and dated Thomas Cawton, July 4th, 1637 [see Images to the right].

His biography ardently claims that ‘I am sure the change that by his means was made in the People of Wivenbo was so remarkable that it deserves to be registred in Marble, if that be du­rable enough to perpetuate so famous an a­mendment of so profane a generation of drunkards, swearers and Sabbath-breakers: that an Aegypt for darkness and ignorance should be turned into a Goshen of light and knowledge, a Bethaven changed into a Be­thel deserves to be written in immotall Re­cords.’

His biography describes him as being ‘Orthodox and laborious in his Ministry. In his whole conversa­tion, both personal and relative, he held forth much sweetness, with meekness of wisdom, and the power of godliness’ and physically was ‘of stature tall and thin, in countenance lean and pale, of a very weak constitution, yet very active and stirring’. Butler suggests that he was ‘a man of learning, dominating his flock by his intellectual superiority.’ He was also a deeply practical man and spent his profits from the first three years of his living on the decaying parsonage, rebuilding a very good brick house with orchards ‘of his own planting’ and fishponds.

He was often reported as saying that Wivenhoe was his first love and he might certainly have stayed longer in the town but his health started to suffer from the low lying watery conditions of the Essex marshes and the Essex ague. After seven years his health had deteriorated so much that he nearly died and after he was told he must leave the town, he obtained the valuable living of St Bartholomew by the Royal Exchange in London in 1644, where his health improved and he became deeply involved in the Presbyterian movement.

His Later Years and Support of the Royal Family

In 1649, a year after Charles the First had been beheaded, he signed ‘A Vindication of the Ministers of the Gospel in, and about London’, against the radicalisation of the army and the execution of Charles I. He was invited to preach before the Lord Mayor and Aldermen of London but went too far in his comments, praying for ‘the legal sovereign and the royal family’. This was seen as seditious and he was accused of treason, but he refused to recant at Oliver Cromwell’s command before the council of state in March and was then thrown into prison for several months until he was released in 1649, by order of the House of Commons.

In 1651, along with his brother in law, William Jenkyn and others, Cawton was involved in a plot to send financial support to Charles II. But when this was discovered and arrests made, Cawton fled to the Netherlands where he subsequently became a pastor of the English church in Rotterdam. He developed many contacts in Netherlands universities: assisting with Brian Walton’s polyglot Bible (1698) and other works. He prepared his son Thomas (1642-1677), who had been baptised in Wivenhoe, for university by teaching him foreign languages and he subsequently became an orientalist and nonconformist minister. Charles II requested Cawton’s support to defend his Protestant reputation amongst the ministers of the Dutch church and his commitment to ‘remain defender of the faith’.

Cawton was struck down by a sudden illness and died in Rotterdam surrounded by his family on 7 August 1659 and was buried there. ‘The life and death of that holy and reverend man of God Mr Thomas Cawton’ promoted by his son, Thomas, was published in 1662.

The life and death of that holy and reverend man of God Mr Thomas Cawton (1662). See transcription: http://tei.it.ox.ac.uk/tcp/Texts-HTML/free/A31/A31459.html