History of the Congregational Church

A brief summary of a long history 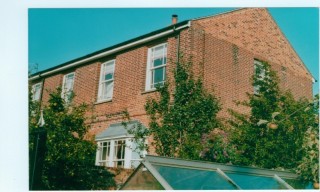 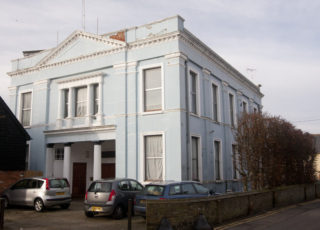 The first purpose built Congregational Chapel was built in West Street in 1805.

In 1847, this was replaced by a new imposing building with pillars at its entrance, on the south side of that same street. The building of this chapel was started in 1846 and was funded by Thomas Sanford – see more here.

Towards the end of the 1920s, things within the Congregational Church were changing.  The Rev.W.F.Tyler’s ministry had seen how the 1st World War had decimated the congregation and how troops had been billeted in the Sunday School building.  When he retired, the church then turned to the Congregational Union for guidance in the appointment of a new minister and for financial assistance in the annual grant towards his stipend.

The Trust Deeds of ownership of the Chapel and Sunday School had to then be transferred to the Union.  The Union provided them with a new minister, the Rev. George H. Crisp.

George Crisp had worked in America as a layman and came to Wivenhoe in November 1927, after being ordained in Cambridgeshire.  He served in Wivenhoe until 1930.

The Rev. Crisp felt that a new image within the community was necessary, and a Manse would give substance and dignity to his office.  He said that he wanted the pillared Manse in the High Street or he would resign.  Finally this ‘good old house’ was bought on a mortgage for £470.  After 3 years he left for a church in Ely.

In June 1931 the bearded Welshman, the Rev. John Thomas Jones, moved into ‘The Manse’ and stayed until his retirement in 1939.  During WW2 soldiers were billeted there.

The foundation stone for the present Congregational Church in the High Street was begun in 1962 and it was finished in 1963.

To return to the High Street Trail index – click here