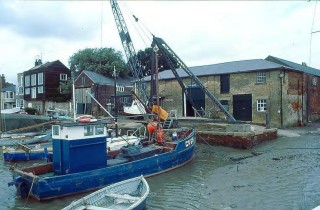 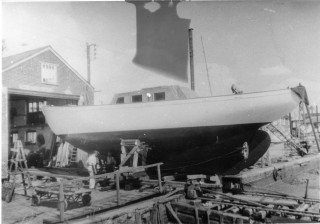 The Herald of Wivenhoe on Wivenhoe Quay before launch.
Nottage Maritime Institute 04002x 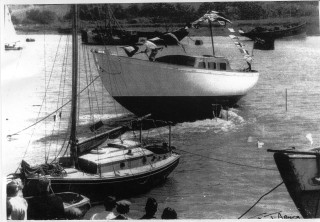 The launch of the Herald of Wivenhoe in 1963.
Nottage Maritime Institute 04002a The launching of the Herald of Wivenhoe from Guy Harding's Colne Marine & Yacht Co. Ltd.'s yard on Wivenhoe Quay, 1963.
Nottage Maritime Institute 04002b 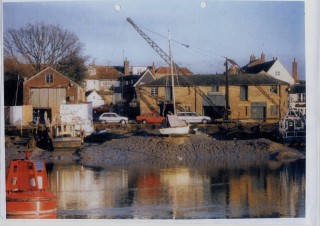 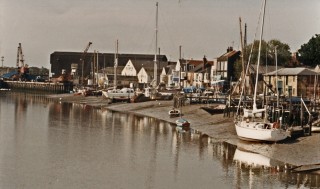 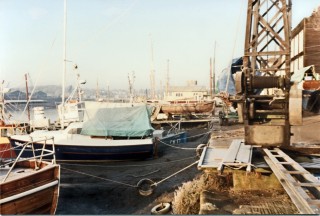 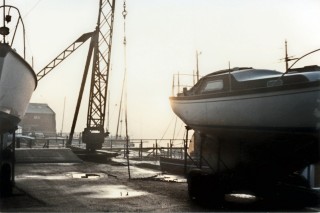 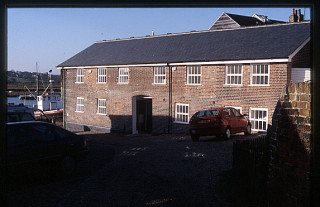 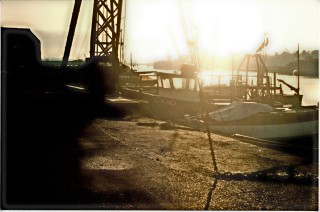 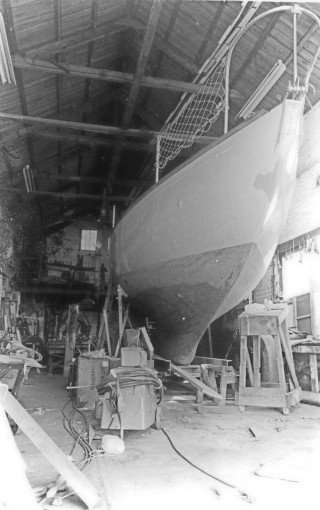 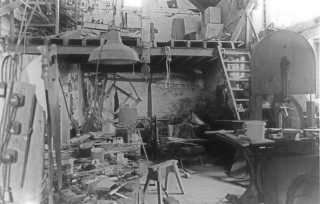 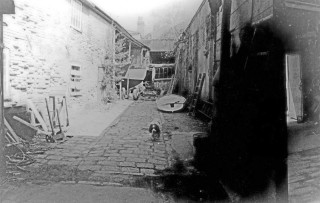 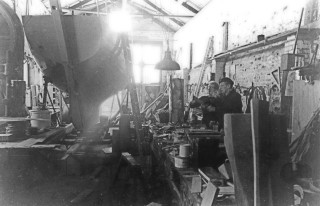 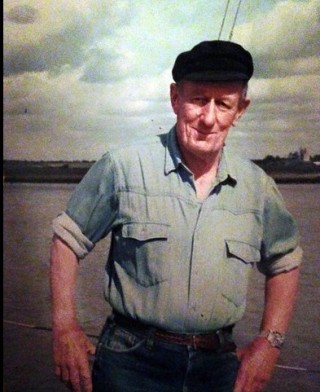 Guy Harding who established the Colne Marine Boat Yard in 1953 A picture of the Colne Marine & Yacht Company Ltd on Wivenhoe Quay which was founded by Guy Harding in 1952.

His workshop and yard used to turn out a few yachts each year, in all 26 yachts until about 1970. At this time, fibreglass began to takeover from traditional construction methods and skills.

The first yacht he built was the Tugra d’or  which was 51 feet in length, begun in January 1955 and launched the following year.

His shed on The Quay had been the mould loft for Cox & King Ltd and later the place where the gear was stored for the Rosabelle, a fine yacht kept at Wivenhoe, and this is why the building which is now a private house, is called The Rosabelle.

The remains of the crane which can be seen in the photograph are to be found at the head of the Wet Dock in Cooks Shipyard.  Guy Harding is supposed to have found the crane for sale in an old quarry in Cornwall and had it brought to Wivenhoe.

The premises have now been rebuilt and converted to residential use and the whole complex is called ‘Harding’s Yard’.