A personal reflection by Carol Macaskill, shareholder and founding Chair of the Wivenhoe Pub Company Ltd 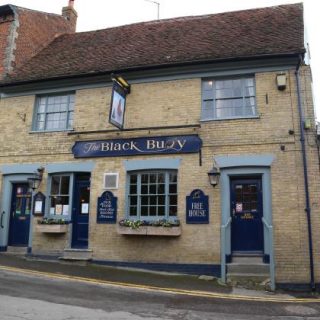 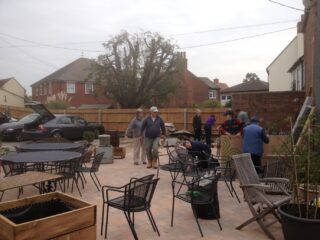 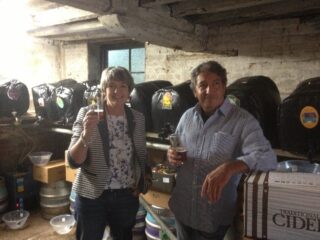 In March 2011 Punch Taverns who owned The Black Buoy decided to sell 2,200 of their pubs and in October 2012 The Black Buoy closed and was put up for sale. The regulars were very upset and decided to try and do something about the situation.

A personal reflection by Carol Macaskill, a shareholder and the founding Chair of the Wivenhoe Pub Company Ltd.

In the Spring of 2012, a small group of regulars met for their Friday night drink at the Black Buoy. The pub was struggling; there was a limited choice of beer and wine, unreliable food, shabby decor and regular changes of management. In short, the pub was on its last legs. The hospitality climate nationally, reflected a story of pubs closing down at an alarming rate; cheap supermarket alcohol, trendy gastro bars, corporate control and the smoking ban all contributed to the demise of what had been an institution – the great British pub.

Despite the gloomy prospects, one of the group quipped, ‘We could run this place better ourselves!’ The next morning, what had started as pub banter begun to grow into a plan. The idea was simple; offer the opportunity for local people to have an investment in the success and sustainability of Wivenhoe’s oldest pub, adding to the local economy and character of the village by:

A business start-up campaign was launched as the ‘Wivenhoe Pub Company Ltd.’ and, by September 2012, enough funds had been raised from interested locals to proceed with the purchase – we had a pub! By February 2013, volunteer shareholders had formed a management team. Further funds were raised and the business plan was put into action. As well as financials, systems, staffing and marketing, the plan included an extended redesign and refurbishment. The wider group of shareholders, almost 40 in number, contributed to working parties for interior design, garden development, beer and wine, menu planning (plus a few memorable pub research field trips!) The mature demographic of shareholders meant that there was a wealth of varied experience, although not one of us had ever run a pub.

On a packed November 2013 evening, the Mayor officially re-opened the Black Buoy as ‘Wivenhoe’s only Freehouse’. It was packed that night, and surpassing all expectations, has remained busy ever since. Since launch, we have won the CAMRA Rural ‘Pub of the Year’ award six times, held biannual beer and music festivals attracting visitors from far and wide, built a kitchen extension, opened a meeting room for hire, refurbished two B&B rooms to a high standard and employed over 40 staff – all of them local. It has been a venue for wedding celebrations, funeral wakes, Burns Nights, fundraising quizzes, gig team get togethers, regatta pram races, music sessions and coffee mornings. Old regulars, families, dog walkers and visitors from across the globe have been welcomed through our doors and the support and goodwill of the local community has been absolutely key to this success.

In March 2020, during the COVID-19 crisis the pub was forced  to close and, like most pubs and restaurants nationally, its future now lies in the balance. The pub has now reopened and everyone hopes that the Black Buoy will once again be the busy, happy venue to which beer lovers will flock. With support from our regulars – from near and far – it might just succeed.