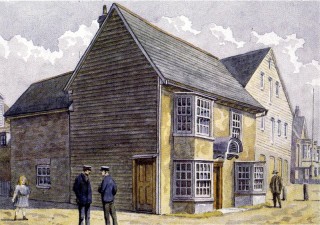 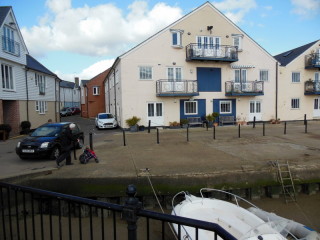 The ‘Ship at Launch’ pub was situated on the corner of Bath St. and the Quay.  It was formerly known by the sign of ‘The Woolpack’ which had the old salt water baths attached behind which were run by Mr. Horace Flack.