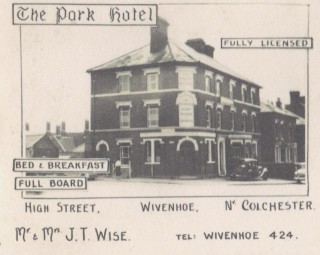 Is there room in the inn or Park Hotel?
Wivenhoe Memories Collection 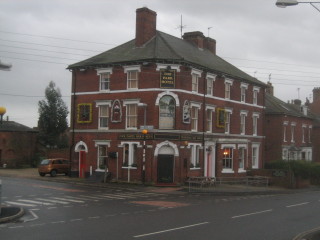 The Park Hotel became the dividing point between Up-streeters and Down-streeters
Photo: Peter Hill - 2016
Remember Mac and Mick McKee taking pub over late 60’s I think they had a great Dane and two children Michael and penny. Mum worked there as barmaid. Dad played darts there great memories  by Alan Warren.
Shirley Goodall My father Bill Braddock was a regular there. Even as a child I remember them.