You are here: Home>Tags>Pubs>Park Hotel

About the Park Hotel on the High Street 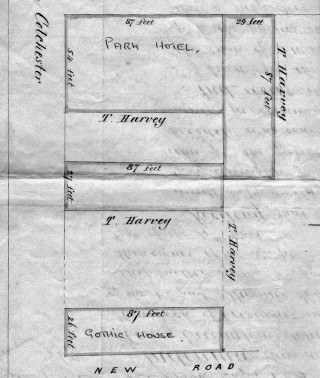 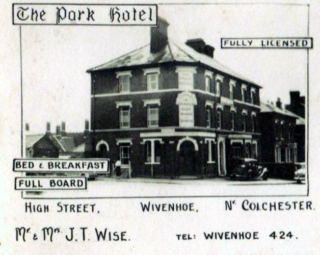 The Park Hotel was built around 1862 on land which was previously part of the Wivenhoe House Estate.

It is shown on the deeds of Elizabeth Eade as a building plot, together with a number of other plots, including a new road to be called Rebow Road.

The Park Hotel was named after an area known as the Park which became part of the Wivenhoe House Estate. Wivenhoe House itself stood at what is now the corner of Park Road and Rebow Road, the home of William Brummell, brother of Beau Brummell. These roads would not have course existed without the demolition of Wivenhoe House..