You are here: Home>Topics>Maps, Books, Deeds, Wills & more>Books about Wivenhoe>The Growth of Popular Education in Wivenhoe

The Growth of Popular Education in Wivenhoe 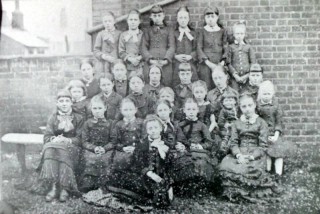 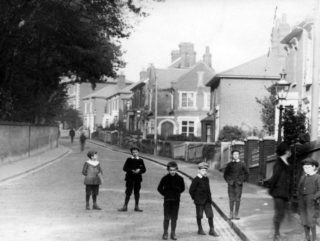 EAn outline of the development of nineteenth century education provision in Wivenhoe, commencing with the education of the poor by the Independent Church (later the Congregational Church) and the opening of a small school in 1806 which was later transferred to a schoolroom built adjacent to the Meeting House.

In 1814 a National School [see Note below] was established by the Church of England for daily and Sunday School scholars supported by the children’s weekly pence, the profits from work done by the girl’s, and by subscriptions. The Madras system of teaching was used and by 1818 there were 133 daily pupils.

This was a time of a great burst of educational activity in the parish and a desire to educate the poor and improve their moral condition. But it also resulted in an ongoing rivalry between church and Dissenter schools and funding was always a struggle. In the twenties there was a decline in the National School’s fortunes and without funding for a proper school house only a few girls were attending the school on weekdays by 1830.

During the thirties the Dissenters were given a grant towards their school and by 1836 their Lancastrian school was educating 130 children at 1d a week. But the funding of proper educational facilities and qualified teachers was becoming an issue. Salvation came in the form of Thomas and John Sanford, oyster merchants and ship owners who in 1848 not only built the Independents a large new church but also the British School on West Street designed to hold 250 children. The school continued until 1871 when it came to grief through lack of funds.

Alongside the church sponsored schools there were also a few private schools. There was a ‘Ladies Board School’ in 1805 run by Mrs Garnons, the wife of the Parish Clerk, concentrating on grammar and needlework. In 1841 it was reported that 160 children were being educated in private schools although these were mainly dame schools. By 1848 only three of these were left and the National and British Schools were both in new accommodation.

In 1841 the National School (which had been struggling along in two rooms, in a small dirty yard with only one privy) submitted an application for a building grant through the National Society. Ironically Squire Rebow to whom the correspondence had been passed turned the grant down as uneccessary saying the school idea had been dropped!

Funding was reapplied for and the new National School, built ‘in the Elizabethan style’, at a cost of £1,000 was opened in 1848 on the High Street [the site currently occupied by Wivenhoe Library]. A teacher’s residence was added a year later. In 1853 it was described in an Inspector’s Report as ‘a first rate village school, highly creditable to master and managers’.

The school was enlarged in 1874 but it was not meeting requirements and, after the passing of the 1870 Education Act, it was eventually superseded in 1891 by the brand new Wyvenhoe Board School on Phillip Road. To read more about this click on the download below:-

There is also a set of Transcripts from the Essex Standard which entertainingly record the meetings with regard to Wivenhoe and the School Board Question 1886-91 as reported in the Essex County Standard and Ipswich Journal of the day at:

And a paper (see download below) entitled ‘A Social History of Schools Organisation and Planning in the Nineteenth Century, up to the Education Act 1870’ which outlines the impact that the 1870 Education Act had on setting up a national system of free and compulsory education. This also contains an explanation of the difference between the Madras and the Lancaster systems of teaching.

[This is an edited summary of the contents of the pamphlet]