You are here: Home>Topics>Places & Buildings>The Gatehouse building (by Cedric's Garage)

The Gatehouse building (by Cedric's Garage)

Some pictures of the building and a short history of it 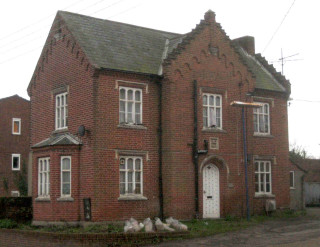 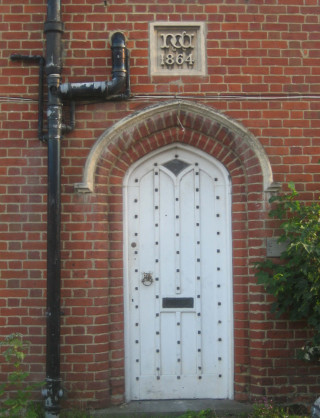 The attractive front to door to the Gatehouse.
Photo by Peter Hill (taken in 2006) 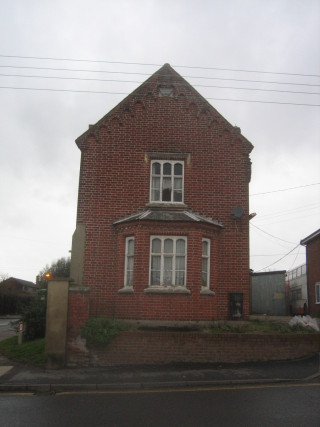 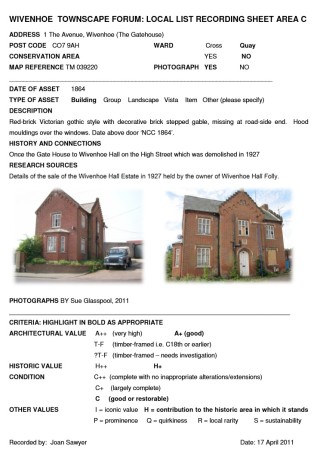 On what has been a garage since 1928, known as Cedric’s Garage, stands the Gatehouse to Wivenhoe Hall, which was built by Nicholas Corsellis in 1864. The Hall was demolished in 1927 after a fire severely damaged the major part of the Hall.

Cedric’s Garage was founded by Cedric Peck in 1928 with the advent of the motor car. The Peck family lived initially in the Gatehouse building whilst starting and growing their business. This business encompassed the selling of petrol, general garage services and eventually a very successful coach business.

Cedrics eventually closed their garage business and in 1982 the Wivenhoe Garage was started by Brian Turner and Ian Grimwade on the same site.

The whole site was put up for sale around 2004 / 5 and purchased by a property developer who, in 2006, eventually managed to secure planning consent for 24 townhouses and apartments on the site despite stiff local opposition. This planning consent included the demolition of the old Gatehouse building. With the property recession of 2008, the developer went bust.

Approaches have been previously made to English Heritage about getting the building protected as a building of importance. However they did not feel the building was of sufficient architectural or historic significance to warrant listing by them.  The Wivenhoe Townscape Forum did however manage to review it as one of over 70 properties of historic merit in Wivenhoe. Their entry on this building is added to this page.  So this building is now  described on the Wivenhoe Local List, which was adopted by Colchester Borough Council in March 2012.

In 2015, the East of England Co-operative Society bought the Cedric’s site from the Receiver and has been investigating the cost of dealing with the decontamination on the site resulting from its former garage use. The planning consent obtained in 2006 is still valid as some work was carried out, although only minimal, but enough to mean that the planning consent for these 24 homes is still valid.

In 2016, the new owners have yet to make up their minds what to do with site although, at least regarding the Gatehouse building, the East of England Co-op has suggested that their preference is to keep the building and refurbish it.  Let’s hope so.