You are here: Home>Topics>Clubs & Organisations>Wivenhoe Goods Shed and the 1994 project to turn it into a community use building

This building was popularly known as the 'Engine Shed' 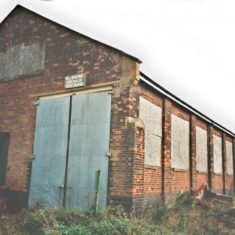 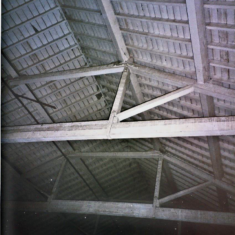 The roof and its internal structure
Photo by Peter Hill 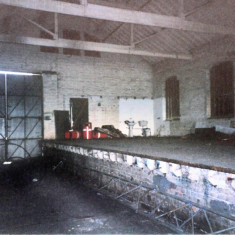 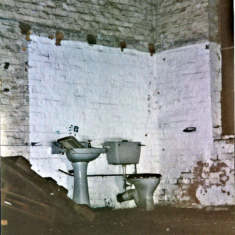 The 'facilities'.
Photo by Peter Hill 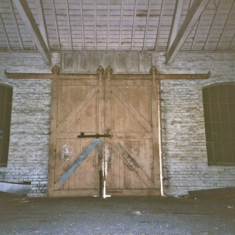 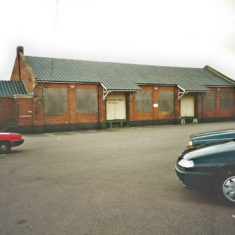 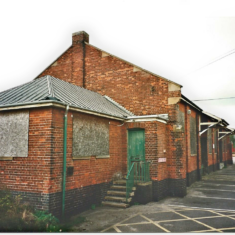 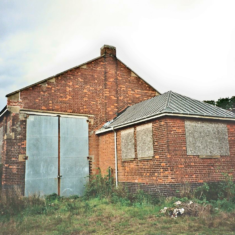 The Goods Shed where wagons would have been shunted through.
Photo by Peter Hill 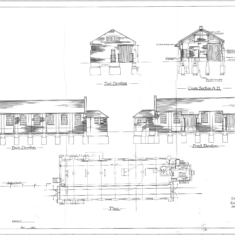 These pictures show the building as it was when we first began looking it as a community use building in 1994. We initially saw it as a theatre for local performing groups; this idea morphed into a Cultural Centre around the idea of using heritage coupled with the arts as a basis of creating something special for the community.  Although technically this building was never used by railway engines, we agreed that as it had always been called the Engine Shed, we would continue calling it by this name since the Wivenhoe Engine Shed Theatre sounded so much better the Goods Shed Theatre! Sadly our hard work and considerable efforts, meetings, and emails came to nought and we wrapped up our attempt in 2008.

Several serious attempts were made starting in 1994 by a group of volunteers to save the Goods Shed, an industrial grade II listed building in Wivenhoe, adjacent to the Wivenhoe railway station. The plan was to acquire the building for much needed community arts and heritage use.  Wivenhoe had experienced a massive increase in population since the 1960s and community space was in great demand.

The project team set up a charitable trust, The Wivenhoe Engine Shed Trust (WEST), and a local architect was commissioned who produced a very imaginative scheme.   The project had a series of setbacks all mainly relating to raising the funds – something approaching £1 million.  This was despite a pledge of support from the Railway Heritage Trust of £100,000 and other smaller pledges from Wivenhoe Town Council and Colchester Borough Council.

The Arts Lottery gave the project a flat rejection some years previously and the Lottery Heritage grants of the magnitude needed were getting ever more difficult to obtain. Without having the certainty of the funding it has also proved difficult to get Network Rail to sign the “Heads of Terms” for the lease of the property.

The directors of WEST have reluctantly decided to discontinue the project. They would like to extend their thanks to all those who have supported the project in so many ways over the years. It has been decided, with its supporters’ group and major contributors, to ensure that any funds that remain available will be used for Wivenhoe community arts / heritage related activities that meet the requirements of the terms the registered charity.

The roof structure of the building is decaying fast. Network Rail had shored up the building to prevent a total collapse and enclosed it with fencing for safety purposes. The likely course of events is that the building will continue to decay and before long Network Rail will seek permission to pull it down to extend the station car park. (Note: Heritage England withdrew the Grade II listing in 2016)

WEST will remain for a short period just in case a credible attempt is made to save the building by another group and a ready-made charity and all the present project documentation may be useful.

Note 1: The above text has been modified from the original Press Release which was issued on 24th March 2008.

Note 2: Click here to see more about the successor body to WEST called the Wivenhoe Community Trust and how the trustees tried to acquire the St John Ambulance Hall after our lack of success with this building. As we were not successful in this venture either, the remaining money is now being distributed as grants for Wivenhoe-based projects which will make a tangible difference to people living in the community of Wivenhoe.