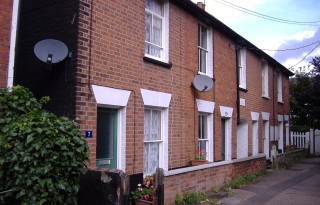 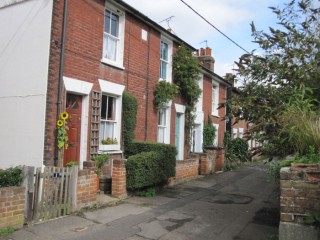 This is an attractive group of cottages on Paget Road (south) and along the south side of the railway line with gardens forming a triangle of land behind Broadway House (noted as Garden Ground in the 1857 Auction Plots (ERO D/DU 225/14). Cottages Nos 1-11 run along the west side of the road and Nos 2-14 run from west to east parallel to the railway line. Although the plots were laid out for auction in 1857 the houses were built after 1863 (Nos 1 and 2 Willy Cottages are dated 1877) because plans for the proposed extension to the railway beyond Wivenhoe involved a railway cutting across the ‘new road’ i.e. Paget Road.