Open during the summer from May to September. Volunteers wanted. 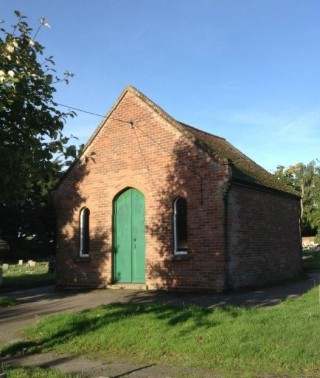 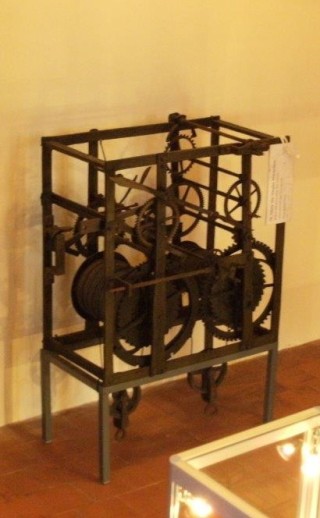 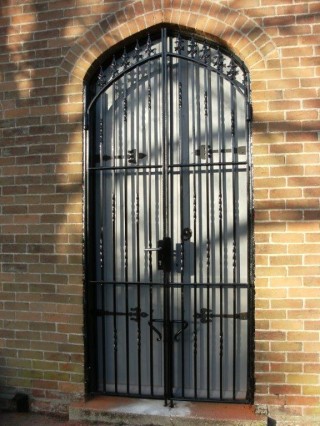 The gates to help secure the chapel donated by the Wivenhoe Society
Photo: Robert Needham 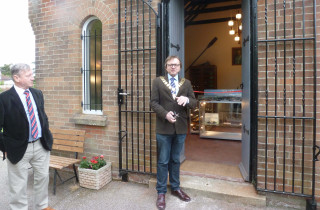 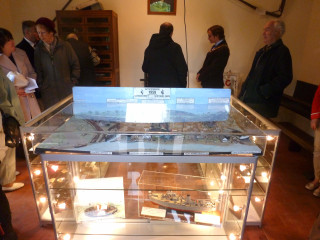 Display cabinet in the centre of the Chapel Museum.
Photo by Peter Hill 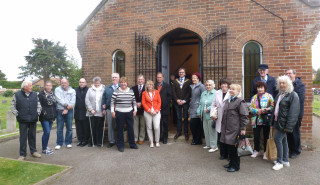 Wivenhoe Town Council has turned the little used chapel in the middle of the cemetery, the one between Stanley Road and Belle Vue Road, into a Museum for Wivenhoe. It was first opened as a museum for Wivenhoe in 2015.

The Museum is normally open on Saturdays and Sundays from 10.00am – 1.00pm between mid-May and mid-September.

On Saturday September 15th 2018 the opening times will be from 10am to 4pm to coincide with the times of the Wivenhoe Family Heritage Trail.

Volunteers are needed to keep it open during these Summer months. A rota system operates with Town Councillors and volunteers all spending a couple of hours each to welcome visitors and show people the increasing number of Wivenhoe artefacts on display.

There is a Custodian Handbook explaining all the exhibits. Please contact Cllr Robert Needham if you could be interested in helping, Please contact via the Wivenhoe Town Council office:  01206 822864.

The Project to create the Museum

This chapel building has been used only very occasionally for its intended purpose. It has been the subject of regular debate at Wivenhoe Town Council meetings for a very long time over whether to keep it, which meant spending money on it, or demolishing which seemed a pity. The Council agreed to keep it a few years ago and has since received grants towards giving it a new purpose. It was officially opened on 14th May 2015 by the Town Mayor Cllr Kevin Read in front of goodly number of people on a slightly damp and chilly day!

The Clock returns to Wivenhoe

One of the first artefacts to be obtained by the Council has been the clock which Captain Mathew Martin donated to St Mary’s Church early in the eighteenth century.  It was Pat Marsden, who had been researching Mathew Martin’s life, who came across the  clock in the Turret Room at Tymperley’s museum in Colchester and, on hearing that the museum was shortly to be closed, spoke to Steve Yates from Colchester and Ipswich Museum about the possibility of returning  the clock to Wivenhoe rather than it being placed into a storage facility at Stanway. This was taken up by Cllr Bob Needham, then Wivenhoe Town Mayor, and a couple of years later, now that space has been found, it can be returned ‘home’ to Wivenhoe.

Many other artefacts are on display and items of interest about Wivenhoe are always being added.