This was raised in Cllr Gilli Primrose's year as Town Mayor 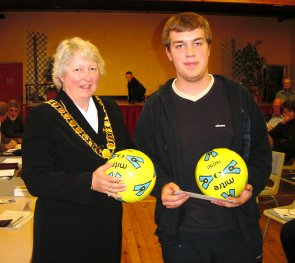 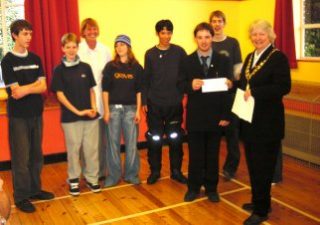 Town Mayor, Cllr Gilli Primrose, presented a cheque to the Duke of Edinburgh Group who met in the Scout & Guide Hall
Peter Hill 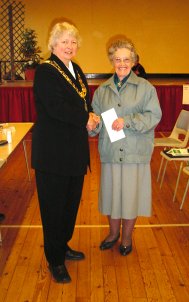 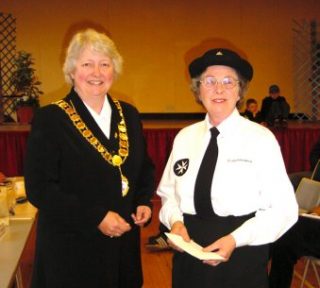 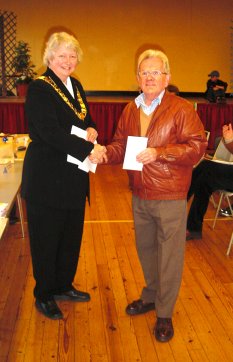 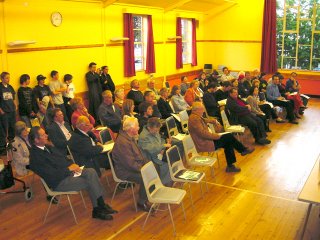 During Cllr Gilli Primrose’s year as Town Mayor, through a lot of hard work and much good support, the total sum raised was £4,040

Cllr Gilli has declared that the remaining £800 should go towards ‘hearing loop’ for the Wm Loveless Hall. The Town Council will add a further £200 and it is hoped a grant from Colchester Borough Council might be available for the the other £1,000 required for the loop system.

Town Mayor Gilli presented cheques to all the organisations listed above before the commencement of the Annual Town Meeting on Wednesday 12th May, 2004.