You are here: Home>Topics>Planning and Local Gov't>The Wivenhoe Encyclopedia website was launched on 10th May 2002

The Wivenhoe Encyclopedia website was launched on 10th May 2002

500 people visit the new website in its first week

These details were transferred from the orignal Wivenhoe Encyclopedia site 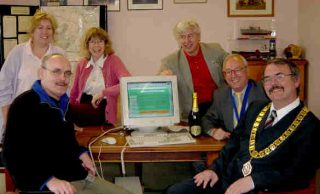 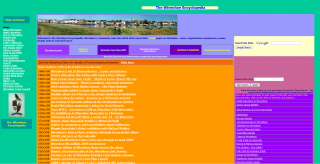 “It’s good that so many people have had a look at the site so early on and we all hope that they found it interesting enough to want to come back again” said Cllr Peter Hill.  “The aim is to update the site with current news, more general information and contributions from individuals about Wivenhoe’s past”.

Wivenhoe Town Council today launched its completely revised web site now called The Wivenhoe Encyclopedia.  The Council intends that it should be the starting point for people looking for information about Wivenhoe on the internet.

“It is particularly aimed at Wivenhoe residents” said Cllr Peter Hill who has done much of the work with the help of local resident Paul Alden. “You can use the Wivenhoe Encyclopedia to find out details of local organisations, what businesses there are in Wivenhoe, a Diary of Wivenhoe Events and much more.”

It is expected that the number of pages will grow from the present 75 as those local organisations which don’t have a web site of their own are being invited to supply Cllr Peter Hill with information and it will get published as part of the Encyclopedia. (Note: By the time I retired as the Webmaster for the Wivenhoe Encyclopedia in 2008, the site had grown to around 1,500 pages.)

The Council has been able to show plans for Cooks Shipyard on the site as well as information about the Engine Shed Project that has just been re-launched.

If you want to go for a walk around Wivenhoe, a couple of walks have been posted already, including the Town Council’s Millennium Heritage walk and more will be shown shortly.

Town Mayor, Cllr Steve Ford, said “This is a fantastic step forward. Wivenhoe Town Council was the first Town Council in the country in 1996 to have its own web site. This is a major advance in our ability to keep residents informed of what is going on in Wivenhoe.”

Cllr Steve Ford also said “We are grateful for the help and support we have received from the University in hosting our web site”.

Dr Anthony Vickers from the University was unfortunately not able to be present with Cllr Peter Hill, Web creator Paul Alden, and Town Mayor Cllr Steve Ford and Deputy Mayor Cllr David Craze to launch the new site on Friday 10th May in the Town Council offices.

Dr Vickers has worked with Paul Alden and Cllr Peter Hill as a member of the Town Council’s Web Steering Committee.