Thousands were raised during this period and continues to be raised by each Mayor that has since followed. 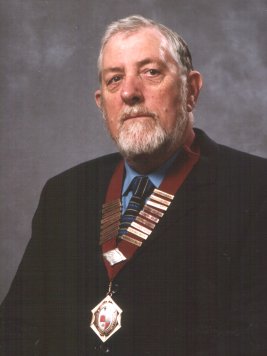 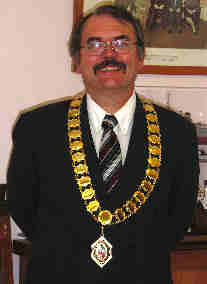 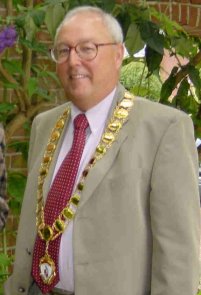 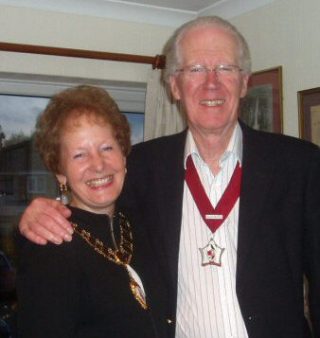 Money is raised each year in Wivenhoe through the Mayor’s Charity Fund and distributed to good causes in Wivenhoe. Over the years, many thousands of pounds have been raised from various events and many organisations have benefited as a result. This fund-raising activity is supported by all the Town Councillors, and also by many Wivenhoe businesses which generously give raffle and tombola prizes. The Mayor’s Charity Fund was established by Cllr Valerie Last in 1982 by getting the Councillors to challenge the local pub teams to a game of darts with a raffle in aid of the Mayors Charity Fund which she had started.

A great team of helpers have since got involved with the planning and organising on the day. Hopefully all those many people who support the events have a thoroughly good time!

Cllr Steve Ford in his Mayoral Year raised £3,500 from the Mayor’s Ball, a trip to France (with the considerable help of Cedric’s Coaches), A ‘Space Oddity’ dance, various charity darts matches in the local pubs, a concert organised by the Sailing Club, an Art Exhibition organised by Cllr Gilli Primrose, an exhibition of Wivenhoe Photographs and Memorabilia, a Tea Dance and a ‘Teddy Bear’s Picnic’.

In 2002/03, Cllr David Craze, Town Mayor during this year, raised £3,360 through different events. David chose to support youth organisations in Wivenhoe  – 18 in all – and handed out cheques to representatives of those organisations at the Annual Town Meeting in May 2003. Click here for picture and news report.

Cllr Gilli Primrose, in her mayoral year in 2003/04 raised £4,040. She handed out cheques to nine Wivenhoe organisations at the Annual Town Meeting in May 2004.

£6,815 was raised during Cllr Peter Hill’s mayoral year 2004/05. Of this £1,165 was raised from a New Year’s Eve party where the proceeds plus donations were donated to the Asia Pacific Tsunami Appeal. The balance of £5,650 was shared by 21 organisations with cheques handed out at the Annual Town meeting. Beneficiaries included youth and arts organisations, Wivenhoe’s churches, a £500 grant for the newly launched Wivenhoe War Memorial Fund (click here), grants for the proposed skateboard play area, one for the ‘Munty’ bus and major grants for the Engine Shed Project and a new car park at Broad Lane Sports Ground. For more details of awards, click here

Tom and his partner Dilly Meyer wanted to support Colchester Alheizmer’s Society, SCOPE and the Mary Barron Suite at Essex County Hospital for special reasons, as well as supporting many Wivenhoe organisations. They also organised the first of what they hope will be many annual Town and Gown dinners to pay a bursary to two international students at the University – click here. To see a full list of grants, click here.

Many enjoyable events were organised by Cllr Penny Kraft and the Mayor’s Charity Fund Committee during her 2006/07 year as Town Mayor. The total amount raised was the magnificent sum of £6,831.

Cheques were handed out to representatives of mainly local organisations by Penny at the Annual Town Meeting – click here. Amongst those to benefit were Wivenhoe’s local schools, playgroups, and the new Fund being set up to improve Wivenhoe’s Christmas Lights.