You are here: Home>Topics>Planning and Local Gov't>What does the Wivenhoe Neighbourhood Plan contain?

What does the Wivenhoe Neighbourhood Plan contain? 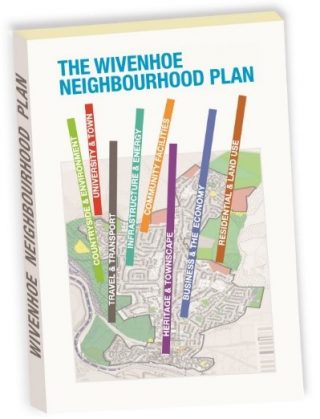 The Wivenhoe Neighbourhood Plan and its 121 pages, maps and 32 policies 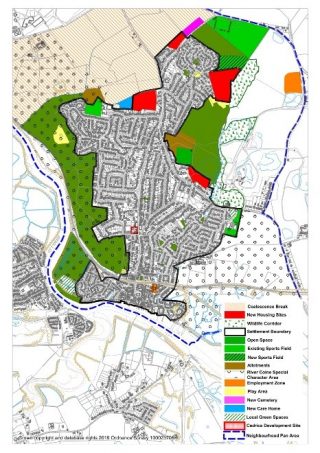 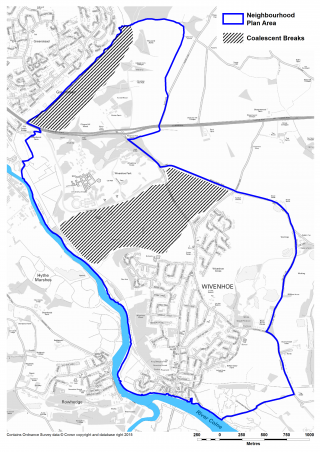 Coalescent breaks between Wivenhoe and the University, and Greenstead and the proposed garden community

This is a brief summary of what the Neighbourhood Plan contains

This Plan was considered by an Independent Examiner in March 2019 who recommended that it goes forward to Referendum by the residents of Wivenhoe in May 2019. By voting in its favour, it will control what happens here in Wivenhoe in terms of land use and building through to 2033. It provides considerable protection and benefits to residents, wildlife and our precious green areas.  The vote was overwhelming in favour of its adoption. Colchester Borough Council formally adopted it on 31st May 2019.

Once the Wivenhoe Neighbourhood Plan is adopted, any planning application for development in the area which goes before the Colchester Borough Council (CBC) Planning Department must be determined in accordance with the planning policies contained in this document and other planning policies which together form the development plan unless other material considerations indicate otherwise.

Section 6 of this document highlights the Key Challenges facing Wivenhoe in the coming years. Section 7 contains the Vision for Wivenhoe which this Plan seeks to achieve. It spells out the Plan Objectives for achieving this vision and the resulting Community Improvements. These were determined after consultation with the residents of Wivenhoe, through the survey residents were invited to complete in November 2013 and in subsequent consultations.

Sections 11 and 12 deal with Wivenhoe’s Heritage and Community Wellbeing. This means conserving key features of Wivenhoe as well as those facilities residents identified in the November 2013 Survey and also what this Neighbourhood Plan can do to improve life here.

The University of Essex is a significant place of study and learning, as well as for employment and recreational activities. This is covered in Section 13.

Traffic is big issue for everybody; this is discussed in Section 14. New cycletracks are proposed to encourage people to cycle to work as well as for recreational purposes.

This Plan also looks at the potential to create more local employment opportunities. This is discussed in Section 15.

Sections 16 and 17 deal with Housing, how many dwellings and where should they go and what type does Wivenhoe need. And, importantly, what can Wivenhoe expect in return for allowing more development here.

Finally, in Section 19, this plan considers the implications for wildlife from the building of new homes in Wivenhoe and in the surrounding areas. The provision of Open Spaces in the Wivenhoe area is covered in Section 24 Appendix 4.

To see how the Plan was created, click here