You are here: Home>Topics>Planning and Local Gov't>Wivenhoe Without Water for Four Days 1900

Wivenhoe Without Water for Four Days 1900 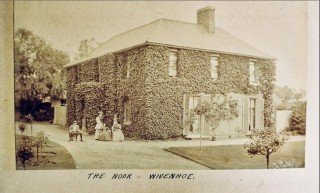 WIVENHOE WITHOUT WATER FOR FOUR DAYS

On Monday evening, a lively meeting of the Wivenhoe Urban District Council was held. – The Surveyor (Mr. BARRELL) reported that, owing to a block in the pipe that supplied Wivenhoe with drinking water, he sent his men into a meadow, belonging to Mr. Rice, a member of the Council. Mr. Rice’s gardener said that if they did not go off at once he would have them locked up. [Laughter.]  The men left. He (the Surveyor)  saw Mrs. Rice, and asked permission to finish the work, as the town had been without water for four days. The reply was that they could get It out of the taps. – The CHAIRMAN said he believed Mr. Rice was not aware that the Council had a legal right over the ground. – Mr. Rice: I was not, sir. – The CHAIRMAN said he thought the matter might be allowed to drop. At present he pumped 2,000 gallons of water daily, but he could easily pump 5,000, and he was willing to do so if the Council would put down an inch pipe. He proposed that the Clerk write to the contractors, urging them to expedite their work. – This was agreed to.