You are here: Home>Topics>Maps, Books, Deeds, Wills & more>Books about Wivenhoe>The Fighting Branch: A History of the Wivenhoe to Brightlingsea Railway from 1866-1964

The Fighting Branch: A History of the Wivenhoe to Brightlingsea Railway from 1866-1964 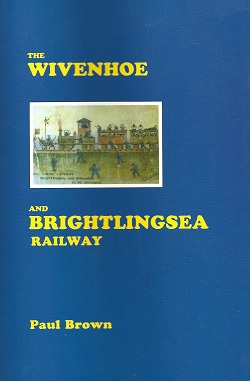 A nostalgic, detailed, and informative booklet (illustrated with maps and photographs) about how the railway came into being; how it was used in its heyday; and its eventual demise following a number of floods over the decades; the final blow coming from the brutal cuts by Dr Beeching, the Chairman of British Rail as he sought to recoup financial losses by closing unprofitable branch lines.