An Interview with Paul Brown 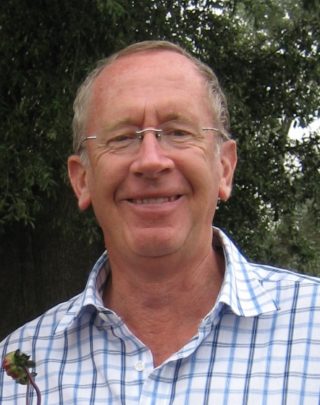 These are the notes made by Nicholas Butler who interviewed Paul Brown in the mid-1980s as part of his research for his book The Story of Wivenhoe.  These notes have been re-typed by Ann Jones from his original notes.

Bayard Brown was camera shy.   Moved his head when a public photograph was taken.

All I know is that he came from America and lived on his yacht in the creek, quite a way out from Brightlingsea. (He pointed to the middle of Brightlingsea Reach on a map I produced and suggested also I should read The Odd Cinque Port by Southern).

He was taken very much to parading around naked on his boat.   He also drank bullocks blood.   He entertained a couple of women on his boat.   They used to go back to Brightlingsea Hard and buy a bottle of Gin in Mr Went’s off-licence.   That off-licence is still there.  They would drink that walking towards the station and on the station itself.   After the train had left Brightlingsea, the staff used to phone ahead to Wivenhoe to tell them they were on the train and they used to be carried off at Wivenhoe.

He was a very generous man, gave away something like many thousands of pounds.  He gave money for a new Recreation Ground and also in the dreadful years when the sprat harvest failed he gave £50 to Canon Pertwee to be distributed among the poor of the parish.   In the winters of 1891 and 1892, the sprats never came for two winters running.

They got to know of his generosity and on occasion he would give away money from the side of his ship and to many Brightlingsea boatmen that made almost a month’s wages so they used to row out to pester Bayard Brown for money.

He got fed up with this one day and he heated up sovereigns in a frying pan and then threw them overboard.   Evidently when this story circulated the men still returned – wearing gloves.

When he came to the station to buy a ticket he would just grunt loudly for attention and order a ticket for London.  He would pay very much over the odds for the ticket and tell the ticket clerk to keep the change.   And he gave an undisclosed sum to the station-master.   He could also give gifts of money to any other members of the station staff that he saw.   Mr John Wheller, the young porter at Brightlingsea was told to go and open the door of the carriage for Bayard Brown to be sure of a large reward.   But Bayard Brown grunted ‘I don’t like the look of you’ and handed across three half-pennies which shows he was a man of variable moods.

He only went to London to get a haircut.

1.  Paul Brown could have told Nick Butler a lot more about many other subjects and especially the railway line and the service between Wivenhoe and Brightlingsea as Paul Brown is the author of a book on this subject. Click here for more details about his book and here for the public talk given by Paul Brown in October 2014

2.  To learn more about Bayard Brown and his yacht the Valfreyia, click here and about his funeral when he died in 1926, click here.