You are here: Home>Topics>Events>Events - Miscellaneous>The Man Who Would Have Flown

The Man Who Would Have Flown 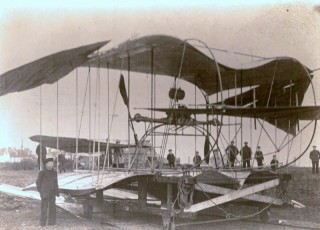 The story of Jack Edmund Humphreys and his aerial experiments at Wivenhoe and Brooklands. In 1909 Messrs Forrestt and Co of the Shipyard, Wivenhoe commenced the construction of a flying machine from designs by Mr Humphreys. His intention was to win the ‘Daily Mail’ £1,000 prize for a circular flight by a British-built aeroplane steered by a British pilot. Several unsuccessful attempts to fly were made during the year but there were multiple failures and the plane stubbornly refused to leave the ground.