You are here: Home>Topics>Maps, Books, Deeds, Wills & more>General>Articles>“Some Aspects of the History of Wivenhoe 1700 – 1900”

Written and researched by Roger Bacon, 1952

Helen Polom. The book was retyped from the original handwritten version by Jude Gibson and Lesley McCabe 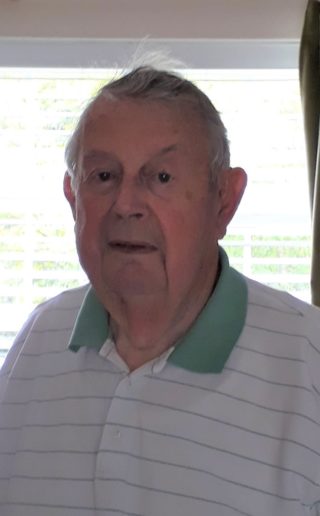 Roger Bacon was born on 15 March 1930 in Elmstead Road Wivenhoe.

In 1934 the family moved to 3 Manor Road to live with his grandparents following the death of his father 2 years earlier.

In March 1937 the family moved to a semi-detached house that his grandfather had built on the west side of The Avenue on land that was formerly orchards, part of the Wivenhoe Hall estate.

Roger attended Phillip Road Board School and then Colchester Grammar School before leaving Wivenhoe to qualify as a History Teacher.

He spent most of his career at Thurstable School, Tiptree, teaching history. He still lives a very active life there today.

Roger produced this fascinating and extensively researched thesis as part of his teacher training qualification and kindly offered it for the Wivenhoe History Archive.

Each chapter uses primary and secondary resources to capture the overall picture and aspects of  individual lives of people living and working in Wivenhoe between 1700 and 1900.

This chapter visits the early history of the period before 1700. Wivenhoe appears always to have had an independent streak. In Norman times the Earl of Oxford John De Vere the Lord of the Manor endeavoured to capture the “ fishing and noble royalty in the river that flowed past his demesne”. Colchester naturally protested.

Who was entitled to Poor Relief?

Who should be paying the Poor Law Relief Rate?

This brings to life the difficulties Wivenhoe had grappling with the Poor Law Acts. As you might expect Wivenhoe made admirable efforts to do this fairly.

Customs records and newspaper accounts are used to illustrate the part Wivenhoe played in the smuggling trade on the East Coast prior to the establishment of the Coast guard in 1830. Shipbuilding, yachts, the oyster trade, fishing and farming are all covered extensively.

An interesting account of how the governance of the parish was managed. It begins with the Lord of the Manor and parish priest, who had complete control, then on to the system  of  open and closed vestry upto the establishment of an elected council in 1894. Extracts from the Churchwardens accounts, Vestry books, and police records show we are still battling the same problems of maintaining our services and road surfaces today.

Sir John Martin Harvey, John Hall and Jack Humphreys are individuals who are researched and described in detail in this account, together with the Rebow family.

Roger sums up Wivenhoe personalities with a quote from Sir John Martin Harvey the celebrated actor:

“These people portray the character of Wivenhoe, the people who gave it its magnificent past.

“A procession of quaint characters passes across my minds eye.  Here comes John Jones, the giant Welshman, with his great white beard and patriarchial hair, streaming in the wind, a veritable charon, who plied the ferry-boat across the river to the opposite bank.     And here is Polly Kent, the crazy old fish wife whose articulations, in the absence of a roof to her mouth, are difficult to follow, and whose strange idiosyncrasy it is to throw herself into the river at every spring tide.

There stands old Jack Gardiner upon the threshold of “the Rose and Crown”, whose answer to your morning salutation will imply a courteous correction , “Good mornin, to you sir”.  Backwards he will turn for liquid refreshment.  Once to be sure he was lured to London by a ‘daily excursion’ ticket, but, terrified with the turmoil of Liverpool Street, he remained to the uptrain exit from the station, a bull for the wit of little gutter devils, till the railway took him back to rest at eventide in the secure haven of the Rose and Crown”,  “Never no more, Mas’r Martin, “ said he, Never no more”.”