Transcript of the entry for Wivenhoe by Sue Glasspool 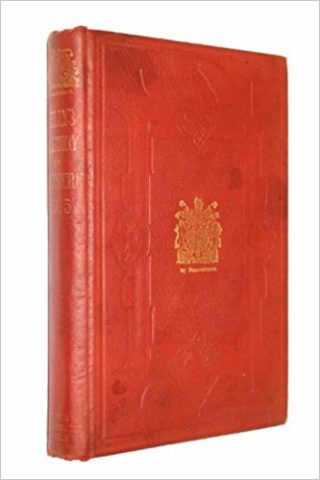 A copy of Kelly's Directory of around 1917

WIVENHOE (or Wyvenhoe) is a parish, on a gentle declivity of the Colne, 4 miles south-east from Colchester and 57 1/4 from London, with a station on the Tendring Hundred branch of the Great Eastern railway, from which a line extends to Brightlingsea, 5 miles distant, and another to Clacton-on-Sea, 12 miles distant, and to Walton-on-the-Naze, 15 miles distant. Wivenhoe is in the North Eastern division of the county, Colchester division of Lexden hundred, Lexden and Winstree petty sessional division and union, Colchester, Clacton, Harwich and Halstead joint county court district, rural deanery and archdeaconry of Colchester and Chelmsford diocese. Wivenhoe also forms, with Brightlingsea and Rowhedge, a member of the Cinque Port of Sandwich of Kent. There is a good quay and the population is largely engaged in shipbuilding. The town is lighted with gas by a company and supplied with water from works the property of the Urban District Council; the water is obtained from an artesian well, and a water tower, with a capacity of 50,000 gallons, was erected in 1901. The parish is governed by an Urban District Council of nine members, formed in 1898, under the provisions of the “Local Government Act, 1894” (56 and 57 Vict, ch. 73) The church of St Mary the Virgin is a building of stone, consisting of chancel with south aisle, nave of four bays, aisles, north and south porches and an embattled western tower with clock and 6 bells ( recast in 1905 at a cost of £276), and was restored in the year 1860 at an expenditure of about £3,000; in the church are brasses in good preservation to Sir Thomas Westerley, priest, chaplain to the Countess of Oxford. Ob. 5 Feb, 1535, with effigy, vested, and bearing a chalice and wafer; another of Flemish work to William, 2nd Viscount Beaumont and titular Baron Bardolf, with effigy in armour, and triple and super-canopy and a marginal inscription, ob. 1507; the third is to Elizabeth (Scroope) second wife of John de Vere, 14th Earl of Oxford, and widow of William Beaumont, ob. 1537, and exhibits her effigy with coronet and heraldic mantle, triple and super-canopy and marginal inscription, both much mutilated; in the vestry is a chest of Flemish workmanship, highly embossed and studded with nails; this church suffered considerable damage by the shock of an earthquake 22 April, 1884. The register of baptisms dates from 1566; burials and marriages, 1560. The living is a rectory, net yearly value £300, with 60 acres of glebe and residence, in the gift of Mrs Egerton-Green, and held since 1890 by the Rev. John Robert Sinclair Carolin M.A. of Trinity College, Dublin. The Congregational chapel, erected in 1840 by Mr Thomas Sanford, at a cost of £2,400, is endowed with a sum of £500, left by the late Miss Mary Ann Sanford, and has Sunday schools, erected in 1874, by Mr John Sanford. There is also a Wesleyan chapel, built in 1901, and a large Foresters’ Hall, built in 1904. The cemetery, about half a mile from the church, comprises 5 acres, and is under the control of the Urban Council. Wivenhoe Reading Club is managed by a committee of 6 seamen and 6 landsmen and is open from 9.30am to 10pm; Sundays, 2 till 5pm. A fair used to be held on the 4th of September yearly. Ship and yacht building is carried on here, and a new graving dock, 205 feet long, was constructed in 1888. A sum of £5,000 was left by the late Miss Mary Ann Sanford, for building and endowing six almshouses for six widows or spinsters of 60 years old and upwards, resident in the parish, preference being given to the widows of seamen; each inmate receives 6s. per week. A further endowment of £500 was made by Mrs Kezia Hines, sister of the foundress, for the repair of the almshouses. The charities for distribution amount to about £21 yearly. Wyvenhoe Park, the property and residence of Charles Edmund Gooch esq. J.P. is about a mile and a half from the village; the mansion, a modern building, received considerable damage by the shock of earthquake mentioned above; the park is undulating, well timbered, stocked with deer and contains about 180 acres. At the Domesday Survey the manor of Wivenhoe was held by Robert Gernon as part of his barony of Stansted Mountfichet; from 1300 to 1400 it was held by the Sutton family, and in the 15th and 16th centuries held by that of De Vere, Earls of Oxford, and was sold in 1657 by Aubrey, 19th earl K.G. to Nicholas Corsellis, whose family was long seated at Wivenhoe Hall, a fine old mansion with pleasant grounds of about 200 acres, on the north-west side of the village, and at present the property and residence of Alexander K. Barlow, esq. J.P. George F. Beaumont, esq. of Coggeshall, is lord of the manor. The principal owners of the land are C.E. Gooch, esq. and A.K. Barlow.esq. J.P. The soil is light; subsoil gravel. The chief crops are wheat, oats, barley and roots. The area of the civil parish and the Urban District is 1,562 acres of land, 2 of inland and 7 of tidal water and 33 of foreshore; assessable value, £7,979; the population in 1911 was 2,375 in the civil and 2,251 in the ecclesiastical parish.

Meets at the Council offices, High Street, on 2nd Monday in every month, at 6 p.m.

Cemetery, T.W. Goodwin, Clerk to the Burial Board

Cemetery (Thomas William Goodwin, clerk to the burial board)