You are here: Home>Topics>People>Other People>About 'Flo' Yates who just made it to her 100th birthday

About 'Flo' Yates who just made it to her 100th birthday

Page created by Peter Hill in memory of a lovely lady 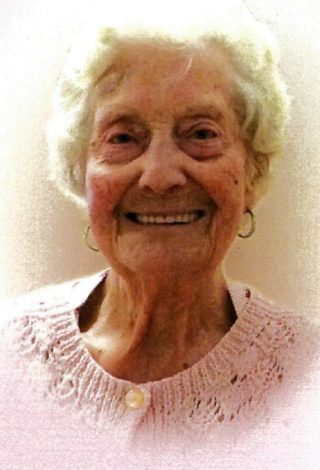 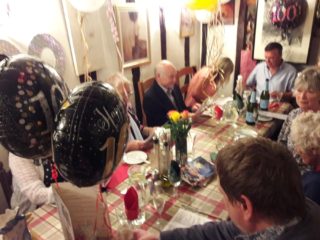 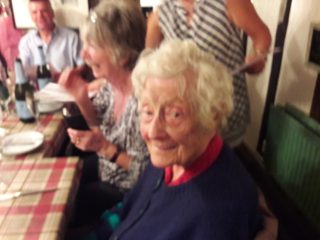 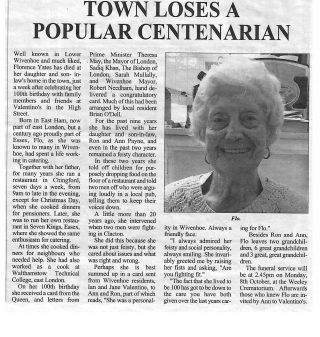 Florence Annie Yates,  but better known as just Flo to other people living in Anchor Hill and Lower Wivenhoe where she was often seen, came to live with her daughter and son-in-law, Ann and Ron Payne, in their home in Anchor Hill in 2009.

Flo was born in East Ham, now part of East London, but a century ago part of Essex, spent a life working in catering. Together with her father, for many years she ran a restaurant in Chingford, seven days a week, from 9am to late in the evening. The only exception to this daily routine was on Christmas Day when she cooked dinner for local pensioners.

Ran her own restaurant

Later, she was to run her own restaurant in Seven Kings in Essex where she showed the same enthusiasm for catering.  At times she cooked dinners for neighbours who needed help. She had also worked as a cook at Walthamstow Technical College in east London.

Card from the Queen

On her 100th birthday, on 21st August, Flo received a birthday card from the Queen as well as letters from Prime Minister Theresa May; the Mayor of London, Sadiq Khan; The Bishop of London, the Rt Hon & Rt Revd Dame Sarah Mullally; Wivenhoe Town Mayor, Cllr Robert Needham and President of the local branch of the Royal British Legion, Peter Hill, since Flo was a regular face at the Wednesday evening Club nights in the British Legion Hall.

Local resident Brian O’Dell, who knew Flo well and who lived close to Ron and Ann Payne’s house, had been busy contacting these people earlier in the year to let them know of Flo’s impending 100th birthday as a former Londoner.

A 100th birthday celebration at Valentinos

She received cards from lots of other people of course. A group of well wishers joined Ron and Ann Payne, with Flo at Valentino’s restaurant for a drink with her to celebrate her big birthday on Tuesday 21st August 2018. Special Wivenhoe friends sat down with Flo for a meal to make that day a grand occasion for her at this, her favourite restaurant.

At the time of Flo’s 100th birthday, Jane and Ian Valentine wrote about Flo. They said ” She was a personality in Wivenhoe. Always a friendly face.”

She had the habit of greeting people in the street with “Are you fighting fit” followed by “and ready for a fight”.

She was not afraid to intervene and was known for her willingness to tell people off if she felt they were out of order.

A large crowd attended her funeral at Weeley Crematorium on Monday 8th October 2018 and, following this well-attended service, a celebration of Flo’s life was held in Valentino’s restaurant.

Resources:  Thanks to Derek Scarpenter, Editor, Brightlingsea & Wivenhoe Chronicle for supplying some of this information.