A house in Bethany Street 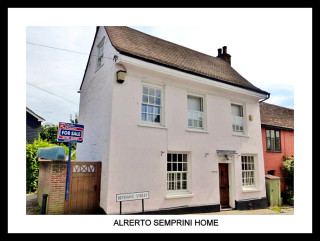 Price's House, home to Semprini in the 1970s
Photo supplied by Clive Peck 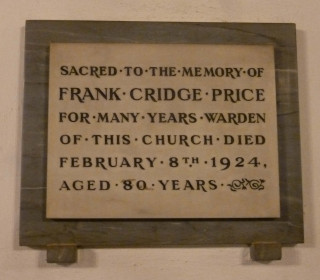 Price’s House in Bethany Street was named after Captain Francis John Price who was born on Columbo Island in Ceylon (now Sri Lanka) in 1808.

We believe he came to Wivenhoe in the 1830s because he married Ann Cridge at St Mary’s Church on 11th February 1840.  Frank Cridge Price was born three years later in 1843. Ann Cridge was born in Wivenhoe in 1816. Her father was John Cridge, a Master Mariner.

Captain Francis Price was a local ship’s chandler as well as a ship owner. He died in 1883 aged 76.

Francis Price, the son, never married and was living in East Street in 1911 lodging with Mrs Polley who had a toy shop. He had been Secretary of the Wivenhoe Gas Company in 1901. When he died in 1924 aged 80.