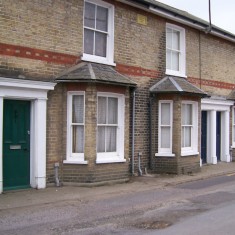 1-3 Clifton Terrace. A short brick terrace of three villas with substantial bay windows and intact door-cases. Gault brick (unusual for Wivenhoe) was used with a contrasting string course of red brickwork. A wall plaque states that these were built in 1887.
Photo by Joan Sawyer 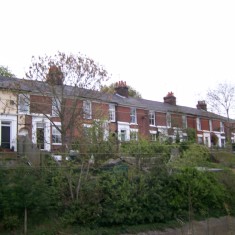 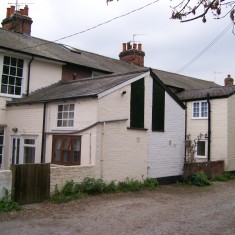 As described on the Wivenhoe Local List, adopted by Colchester Borough Council in March 2012. The houses on Clifton Terrace were built following the 1863 sale of surplus land by the Tendring Hundred Railway.