You are here: Home>Topics>Maps, Books, Deeds, Wills & more>Deeds of Wivenhoe Property>North Side of East Street 1867-1965 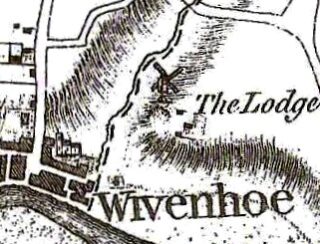 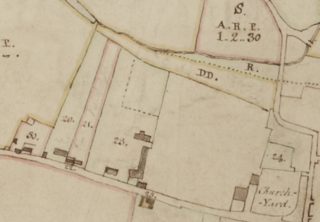 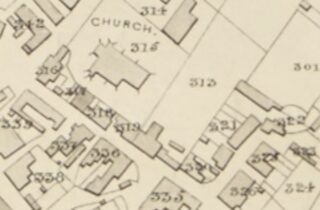 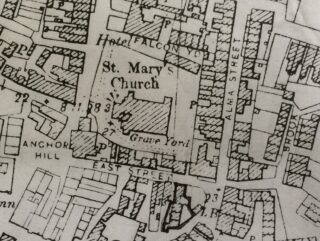 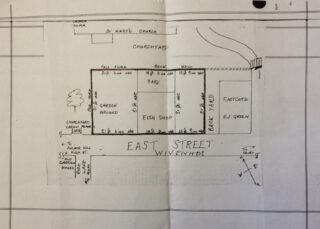 Plan attached to the 1963 Deed 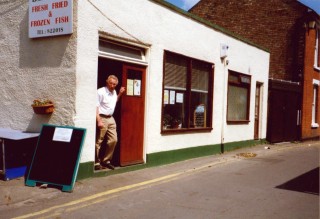 Although we believe that there were houses on the north side of East Street since at least the eighteenth century (buildings are shown on the Chapman and André Map of 1777) – a time when the Street was vulgarly known as ‘Love Lane’; several of these  have long since been demolished. However In March 2019 we had the opportunity to transcribe 28 deeds relating to the site of the Fish Shop (now Tollgate Fisheries and fish and chip shop) on the north side of East Street and this has enabled us to reconstruct to some extent the history of the site and it’s transformation between 1867 and 1965

Early History of the Site

All the nineteenth century deeds refer to the site as being part of the former estate called ‘the underset to the Cross Keys Tavern otherwise Rogers and Saxabies’. This is  particularly interesting because a parcel referred to as ‘Bures and Cross Keys’ (No 23) is shown on the 1799 Survey Map of Wivenhoe as a piece of land wider than but running approximately west to east from the High Street to the Brook where Queens Road now sits. You can see three buildings on the parcel and it is possible that the tavern itself was situated at the High Street end near to what is now the Greyhound where part of the converted maltings (Nos 2, 4, and 6 Queens Road) now stands see. The name ‘Cross Keys Tavern’ itself is very old. It is believed that the keys in question represent the metaphorical keys to heaven, as held by St Peter, its traditional gatekeeper. The image of two crossed keys appears in the coats of arms of Popes, the Vatican City State and Holy See; it is also a well known Masonic symbol and an interesting choice of name for a Wivenhoe hostelry.

Below the ‘Bures and Cross Keys’ parcel is a large unnamed parcel of land which subsequently appears in many local deeds including the Fish Shop Deeds. This is ‘the underset to the Cross Keys Tavern’ – running down the East side of the High Street towards the Falcon and the Church and that parcel of land which would later become known as East Street.