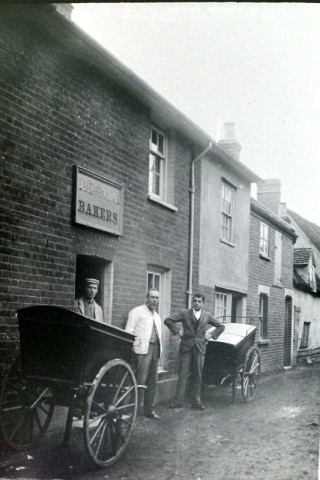 Franks, the bakers in East Street, in the early 1900s. 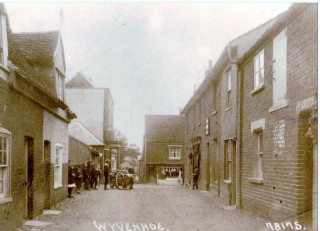 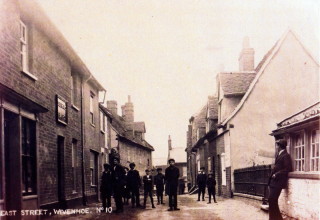 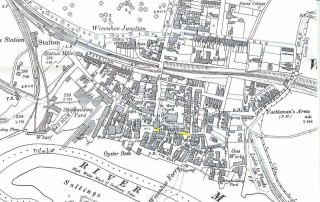 East Street (highlighted in yellow) in 1897 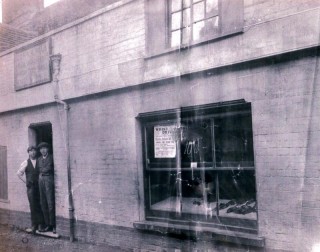 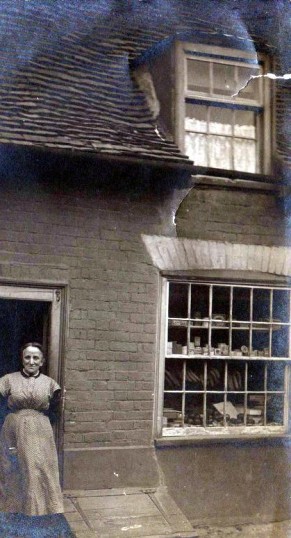 The map of East Street in 1897 shows the houses in these photographs:

Franks the Bakery, run by William Frank, which went bankrupt and his daughter, Edith Franks, took the business over.

John Fales Fish shop with Alec and Edwin Green in the doorway.

Mrs Goodwin outside her shop in East Street she was Mr. Paynes mother in law  who kept the dairy.