The Apothecary on Anchor Hill 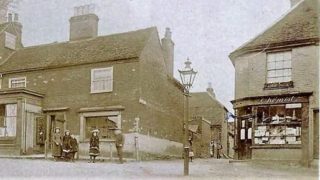 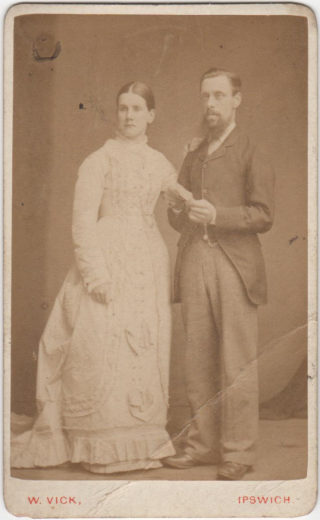 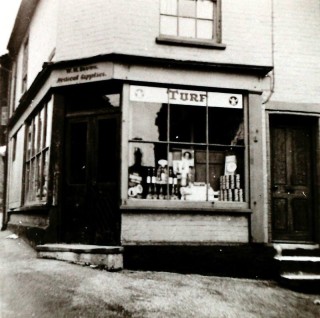 The Walker family ran Wivenhoe’s apothecary business for the best part of 50 years.  Samuel Charles Walker (Chemist & Stationer), his wife Eliza and daughter Muriel Kate lived and worked on the premises. After Samuel’s death in 1911 the business continued for at least a further 14 years. It is likely that Muriel sold the property sometime after 1925 and moved away. The photograph of Eliza and Samuel Charles Walker on their wedding day was found inside a bible given to Eliza.

Access to a doctor and medication was dependent on being able to pay, although many doctors in small villages like Wivenhoe would have waived fees and supported poor families as best they could. Cases of the deathly Influenza were reported in the Town in 1918 and would have caused great concern. The Supplies were likely to have come in by train.

Morris Brown, grandson of Joseph Brown (Greyhound 1918) qualified as a pharmacist and married Winifred Barr, in 1935, opening a Medical Supplies store in these premises. The family lived at 114 High Street.

Ellen, their daughter, worked in the store selling ice cream that had been made at 114 The High Street.

Ellen remembers black marks on the wooden paneling where coal was delivered through the left hand side window on East Street.