Many Wivenhoe men signed up here to serve in WW1 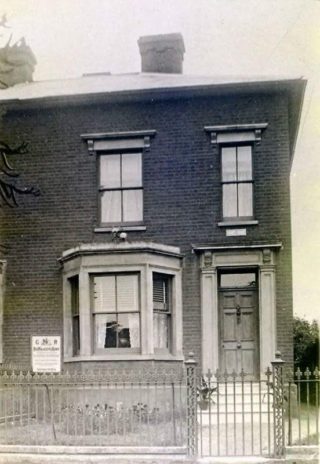 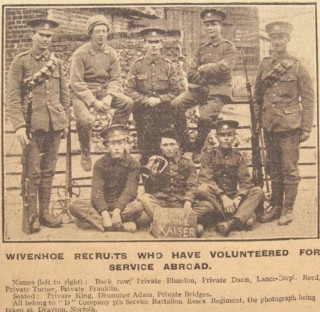 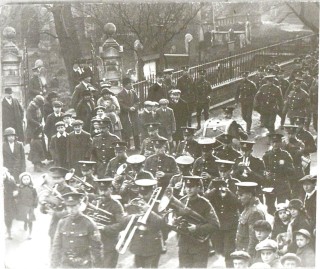 The band of a battalion of the North Staffordshire Regiment march past St Mary's Church.
Nottage Maritime Institute 04329.29

This property was home to the Essex Regiment Recruitment office in 1914. The sign board in  the photograph reads “G   R  His Majesty’s Army”. Many men joined the Regiment from there.

One such young man was probably Harold John Trayler whose father Joseph was landlord of the Park Hotel until 1914. Harold joined the 2/5th Battalion Territorial Force in September 1914 at the age of 26 and was discharged in 1921.

Another young man from Wivenhoe who enlisted, but at a recruitment office in Colchester, was Thomas Smee Beckwith. His father was a dairyman and had a shop in Wivenhoe’s High Street. Thomas worked as an assistant dairyman.

Thomas joined the 8th Battalion Essex Regiment, but later transferred to the 1st Battalion of the Essex Regiment. In early December he was badly wounded and, while in hospital he died from his wounds. He was buried at St Sever Cemetery, Rouen, France. He is named on the Wivenhoe War Memorial in St Mary’s Churchyard along with many other men from Wivenhoe who died during the First World War.