Little Wick and Work of WUDC

In the High Street, on the corner with Alma Street 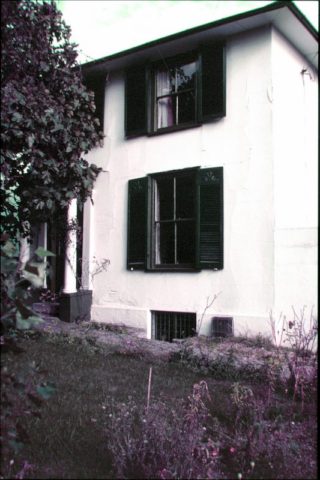 Historic England describes Little Wick as a mid 19th century Grade II listed building although parts of it are thought to be as early as 1750.  The original building has beams, wattle and daub over a timber frame with a Georgian front facade.

It became the offices of the Wivenhoe Urban District Council [WUDC] a few years after it had been formed on 1st April 1898.

Herbert Wright, a shipyard clerk, son of Eliza and Charles, former teachers at the Board School and National School respectively, was voted in as Chairman of the Council in 1918 together with 8 further members. A clerk, medical officer, surveyor and sanitary Inspector, rate collector, waterworks engineer and water rent collector were all employed.

Committees were set up for finance, highways and drainage, public health and sanitation, improvement and lighting, and burials.

In the last year of the War, the work of the Council was made very difficult due to lack of able-bodied and younger men remaining in the village. The Sanitary Inspector offered to resign in April when a complaint was made against him for not arranging for the emptying of a dead well (note: equivalent of a pit latrine using buckets to clear it out once a month). He complained that he was working with half a man and had 80 of these wells to look after.

Directives were received from Government to have representatives on the local Food Advisory Committee dealing with rationing, and monitoring of retailers selling coal, meat, milk, and onions.

WUDC purchased 50 tons of coal in 1918 to prevent shortages for the village as had happened in the previous year.

Decisions were made on land in Belle Vue Road (originally Belleview Road and before that Rectory Road) and on The Avenue to be rented out as allotments.

They were also planning ahead for a new sewage system and also a suitable site needed to be found and plans prepared for the provision of “sanitary dwellings for the working classes”. Ten years later 16 houses were built in Rectory Road.

“During WW1 I used to work there and look after the chap’s service ration cards or leaflets – that is…for the Wivenhoe men on leave.   The horses (belonging to the Council where I worked at Little Wick) used to be kept in the back yard.   Mr Watsham on the water cart.   We used to run around in our bare feet, a lever would then spray us and we would get wet and that would send us home.   Happy days in Wivenhoe, lovely marshy green…..In the backyard was the fire service equipment.   Horses were stabled there, I think there were two.”

For the full interview with Maud Prior, read here