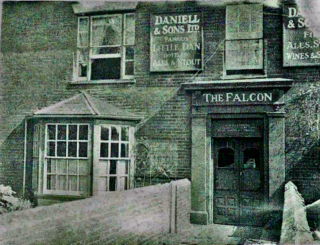 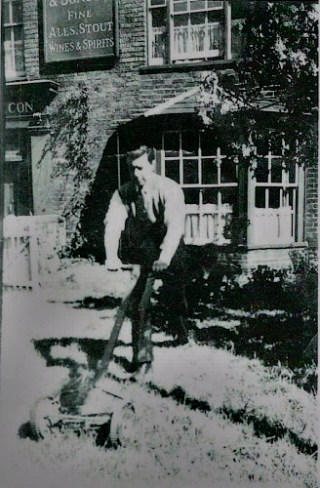 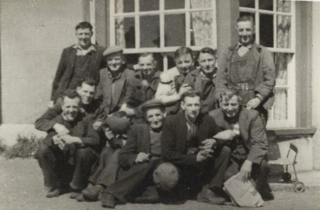 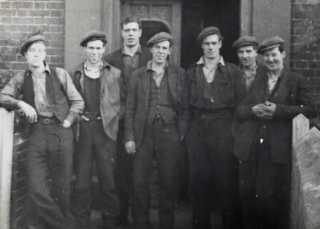 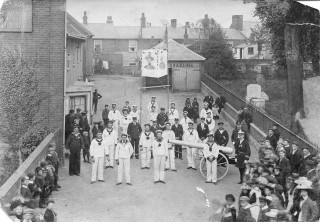 The parade to celebrate the Relief of Mafeking prepares to start from the Falcon Yard, next to St Mary's Church. The portraits of Lord Roberts and Baden Powell can be seen on the banner.
Nottage Maritime Institute 02416

The Falcon was the largest of the Wivenhoe Inns and goes back to the 1600s. It eventually closed in 1975 after approval had been given in 1971 to demolish it. A public outcry to save it ensued and it was later renovated and turned into three homes.

Joe Halliwell ran The Falcon through the 1950s. At that time a number of Irish workers were employed in the James Cook’s shipyard who stayed at the Falcon.