You are here: Home>Topics>Streets>Queens Road>John Stewart: Childhood Memories - Wivenhoe in the 1950s 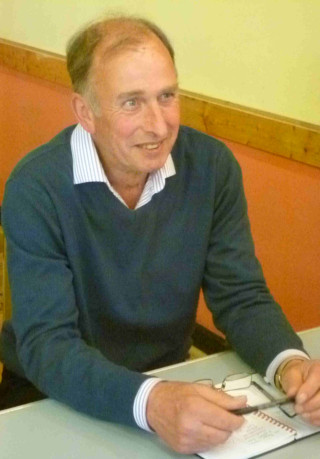 The village of Wivenhoe has changed since I can recall the 1950’s. I can remember the North Sea Canning Factory on the Quay, it smoked and canned Sprats, which I think were called Fisher Girl Brisling. The sprats were normally caught around November time, and after school we would go down to the Quay and ask the fishermen for a bag of sprats, but they used to give us boys a half a box to get rid of us. Another shop I remember is Mr. Raven’s, you bought sugar and currants out of a Hessian sack, which were weighed and put into blue paper bags, cheese and butter were cut off of slabs on the counter, and the bacon was cut off large pieces on the bacon slicer. Mr Raven’s shop is now the Hairdressers in the High St.

Mr. Barton had the green grocer’s shop by the bridge in the High St. there was no such thing as pre packed vegetables – every thing was sold loose, I remember doing shopping for four people on Saturday for 6 pence or two and a half pence these days. We also took Corona bottles there for which we got the princely sum of three pence for their return, we used to hop over the back wall and take the same ones back the next day and get another three pence. Boys did that in them day’s, we didn’t get any pocket money! The ship yards were all working then, James Cook, Wivenhoe Ship yard which built Minesweepers and Rowhedge Shipyard. If one yard was short of Men then the other yards would loan some of theirs, the Rowhedge Ferry would convey them to each Yard.The thing I remember when I was a wee lad was the Rivet guns down at Cooks Shipyard, you could hear them all over the Village.

I can still taste the fish and chips at Green’s Fish Shop, Edwin only used the best lard, great big tins of it. Cod and chips were 1 shilling and sixpence a portion or twelve and a half pence, they tasted lovely. There were many character’s in Wivenhoe that I can remember. George Mitchell who could beat the bus to Brightlingsea School on his bike, so woe betide any boy who cheeked him at Wivenhoe and jumped on the school bus hoping to lose him! Clarence Green, Wonk or Holy Joe, the list is endless. I also remember Mr. Jennings from Alresford used to bring his horse and cart round Alma Street on his grocery round, we never saw him much because we were in the tin bath in front of the fire on Friday nights, we only had a bath once a week, we never had a bathroom in the late 1950’s.

We used to have a little Doctor’s surgery in Alma Street which was run by Dr. Dean, I never saw more than half a dozen people in there at any time, he was a wonderful doctor. We also had another doctor, Dr. Palmer up at Ten Acres in the Avenue, but this was for the Upstreeters or the posh people, I didn’t like him!  I went to school at Philip Rd Primary school, my music teacher was Etta Dann a local lady, and Sunday afternoons we had to go to Sunday School at the Old Boy’s School which is now the library, I think we were sent there to give our Mum and dad a rest from us Kids. There was also a clothing factory at the end of Alma Street, during the summer when the doors were open you could hear all the old Ladies shouting above all the noise coming from there. In the late 50’s nobody owned a car in Alma St. so we all played in the road and every body left their doors open, I can remember people just used to walk in and have a cup of tea.

Next door to us lived a lovely old fisherman called Bill Woodward he was a shrimper, and he used to give my mum a half a bucket of large cooked shrimps, a Saturday favourite.  Across the road at Rose Cottage lived Charlie Barr, I was always fascinated by this old Fisherman who used to sit in his back yard, always in his black trousers and blue jumper with his old pipe in his mouth, looking as if he was ready to put to sea, but I guess he must have been in his 80’s. If you would like to look at some old photo’s of Wivenhoe I have a blog site with some of my images from the Wivenhoe Memories collection that I stage on August Bank holiday. The site is http://wivenhoeheritage.blogspot.co.uk and I also have Wivenhoe Memories page on Facebook.

[This article first appeared in the ‘Childhood Memories’ section of the Queens Road Residents Association (QRRA) blog which can be viewed here and is reproduced here by courtesy of John Stewart.]