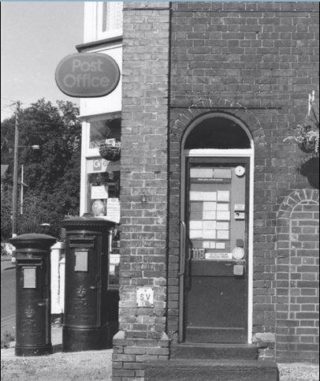 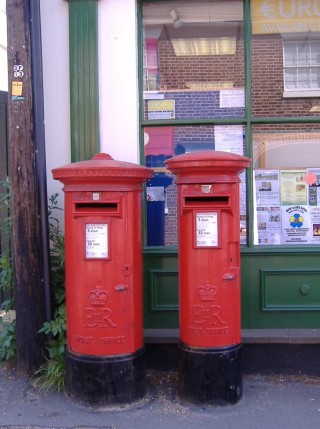 Affectionately known as ‘Laurel and Hardy’, these two bright red Elizabeth II post boxes originally stood outside the former Post Office at 68 High Street on the corner of the High Street and Queens Road. Originally there was just one but with the growth of the local population, one proved insufficient for all the mail people wanted to send so it was joined by a mate.  In 1996 the then owner of the Post Office decided to sell up and the franchise was bought by someone else. The original Post Office closed down but by popular demand the pillar boxes were relocated to the outside of the new Post Office a little further south at 50 High Street.

They were given their nicknames because one post box was fat and the other thin like the famous comedy double act. They were produced post 1952 and are Standard Type B pillar boxes, probably manufactured by Carron Company of Carron, near Falkirk.

As described on the Wivenhoe Local List adopted by Colchester Borough Council in March 2012.