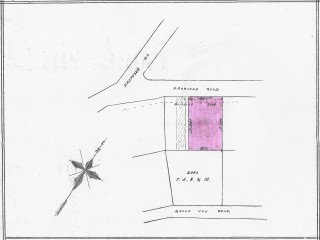 Ernest Stanley Beard (Estate Agent) who purchased the manor of Wivenhoe from Nicholas Caesar Corsellis Lawton for £13,000 on 16 March 1899 sold a parcel of land (140 ft x 83ft) to Thomas Forsgate of Wivenhoe, a Master Mariner for £46 on 25 March 1899. This would later become 18 Stanley Road.

The First Schedule hereinafter referred to

The Second Schedule hereinbefore referred to

The Third Schedule hereinbefore referred to

The Purchaser shall within one month from the date hereof make and for ever after maintain a sufficient boundary fence on the sides of the land hereby conveyed marked T on the said plan
The building lines shown on the said plan shall be observed and the erection or Building is to be erected or built between the said building line and the Road in front of the lot except bay windows porticos and fences and such fences shall not exceed four feet in height
No Building erected or to be erected on the premises sold shall be used as a Public House Beershop or Licensed House or Fried Fish Shop
The premises sold shall not be let or sold for the use of Gypsy Caravans Tents or Camps under a penalty of Fifty Pounds for each offence such penalty to be paid to the Vendor
Signed sealed and delivered by the before named Ernest Stanley Beard in the presence of Charles Marshall Solicitor Colchester
Signed sealed and delivered by the before named Thomas Forsgate in the presence of William J. (?) Smith Clerk to C. H. T. Marshall Solicitor Colchester