Former WUDC Cllr and elected Chairman 6 times, who owned an Ironmongery shop and had a road named after him. Died in 1970 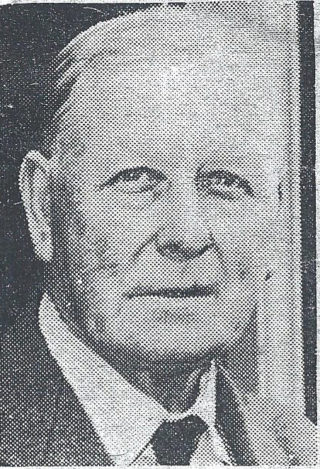 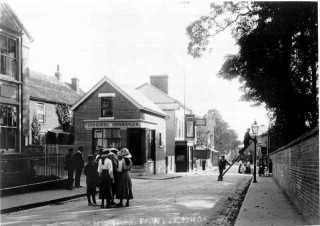 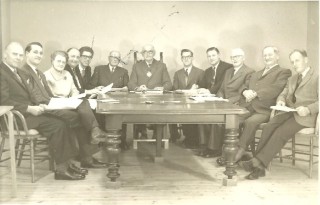 Percy Chaney was the son of a Maldon man, Capt William Chaney, who skippered yachts in the Solent. Percy first started his working life as a Ship’s Carpenter and during the first World War found himself working in the Southampton shipyards, settling afterwards in Wivenhoe, where he established an ironmongery business on the corner of Queens Road and the High Street.  He lived with his wife in a house called Zaharoff in The Avenue.

In 1974, the Wivenhoe Urban District Council agreed that a road on what became known as the Lower Lodge Estate should be named Chaney Road in view of Cllr Chaney’s long service to Wivenhoe.

Mrs Halcyon Palmer recounts in Sea Change, Wivenhoe Remembered that:   We had two hardware shops. We had Chaneys, who was on the corner of Queen’s Road and the High Street and he was a lovely man, he was charming. And the funny thing about him was that there was often a notice on the door, saying, ‘Back in five minutes’ but, of course, nobody knew when he’d left!

There were various kind of shopkeepers which were important. They weren’t just shopkeepers, they were somebody in the village. They definitely had a status. The most highly prized man was Percy Chaney, and everybody used to call him ‘Uncle Percy’ because he had the ironmonger’s shop which is now an estate agents, opposite the old Post Office, on that little corner. Well, that used to be his ironmonger’s shop. And he had a paraffin store round the back so if you wanted paraffin which, of course, lots of the lighting was paraffin oil lights, you had to go and get your paraffin from Mr Chaney. And he had this kind of shop which had been stocked in about 1900 and never actually replenished!  And I went there in 1954 and we were doing up the house that we lived in in the High Street, and I wanted a pair of two-way hinges. You couldn’t buy them anywhere. It wasn’t anything that was made during the War. And I went and saw Mr Chaney, and I said, ‘That’s what I want, Mr Chaney’.  And he said, ‘I’ve got some upstairs somewhere’ and he had a loft to that place, and he went out and about 20 minutes later he came down with two pairs of these magnificent brass hinges that had been ordered for a yacht in about 1920 and he’d still got them in the loft, and he knew they were there but he didn’t know where they were, but he got them! They were actually fixed to a pair of doors in the kitchen of Appledore in the High Street in Wivenhoe, where we lived, so as we could go in through the kitchen both ways, without having to open it and pass the door. He had a telephone in the shop. So if you needed a telephone, not that we knew anybody with a telephone, Uncle Percy Chaney would use it for you. You didn’t go round the counter. But I can’t imagine anybody in Wivenhoe wanting to use the telephone, to be quite honest.

Note:  Sea Change Wivenhoe Remembered is the title of a book produced by Prof Paul Thompson which was one of the outcomes of the Wivenhoe Oral History Project started in 2006 in which 190 people were interviewed by a team of volunteers. Halcyon Palmer and Dennis Sparling were two of those people who were interviewed.