On the corner of East Street 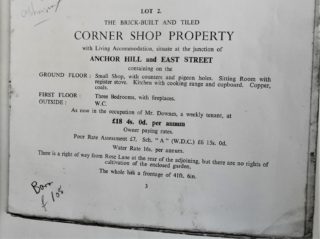 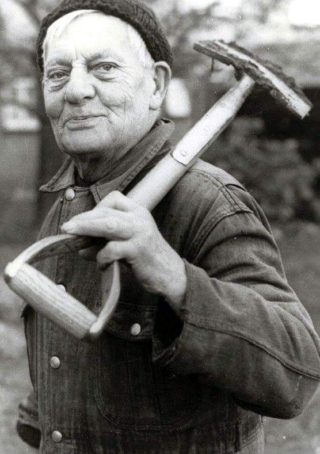 Hector Barr bought the corner shop property in 1943 for £105.  Ellen Brown, his granddaughter, inherited it and it remained in the family for over 30 years.

Hector was the last sailmaker in Wivenhoe for the old sailing smacks, in the premises on the Quay now occupied by the Nottage Maritime Institute. He sold up at auction in 1946. He bought and rented out many properties in lower Wivenhoe and at The Cross.

After Morris Brown retired, the building was rented out until Ellen and her husband William Wilson opened an antique business in 1970s. It was then the height of the antiques trade. Wivenhoe had several antique shops and was a popular point on the Essex antiques trail.

Wivenhoe had areas of extreme poverty where large families were living in one or two small rooms in squalid conditions that were subject to flooding close to the river. Work was erratic for the many, with no security of pay. Men were hired and fired depending on the work requirements of the shipyard. Food could be scarce and without access to land to grow vegetables many of the Wivenhoe poor, particularly children, were prone to vitamin deficiency diseases. Access to a doctor was dependent on being able to pay for both a visit to see him and any medication, although many doctors in small villages like Wivenhoe would have waived fees and supported poor families as best they could.

Research in the first two decades of the 20th century led to the discovery that “vitamines” and “food factors” were necessary for healthy development.

The consumption of vitamins increased in the 1930s, and popular belief held them to be almost magical. There was no informed public regulation of the sale and use of vitamins so the benefits could be hit and miss. Morris Brown returned to Wivenhoe at this time to set up his Medical Supplies Store. With his medical training in London he would have been well-placed to supply and advise on the use of vitamins. However it would not be until 1948, when the NHS Act 1946 was implemented, that the poor of Wivenhoe would be guaranteed access to these vitamins and other medical advances.

To return to the High Street Trail index – click here