At 23 The High Street (now the Wivenhoe Bookshop) 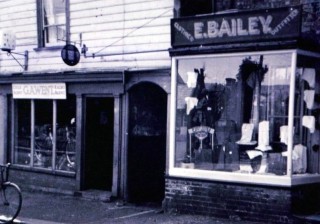 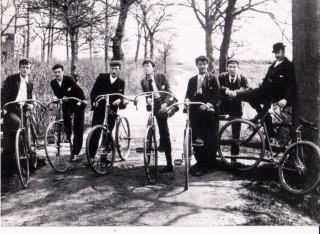 David Bones is listed as a cycle repairer in Kelly’s Directory for 1922. It is believed that he had the shop which later became Went’s cycle shop as pictured and is presently the Wivenhoe Bookshop.

Bicycles were an important mode of transport at the beginning of the twentieth century. Very few people could afford to buy a car and anyway petrol had been rationed during the War. Wivenhoe was luckier than many other villages as it had a railway station and by 1920 a daily bus service was running between Wivenhoe and Colchester.

Because of all the troops and cavalry stationed in Wivenhoe during the War the roads were in a very poor state. Most were not tarmacadamed and were just stones and dust. The Urban District Council minutes record a number of times that they had asked the Army for funds for road maintenance (as was their right) but little was forthcoming.

In spite of the state of the roads, cycling for pleasure was a popular pastime and cycling clubs had flourished before the war.