The Community Archive had its public launch today - 4th April 2015 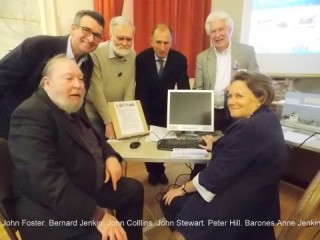 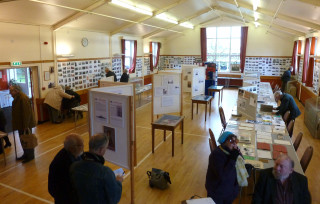 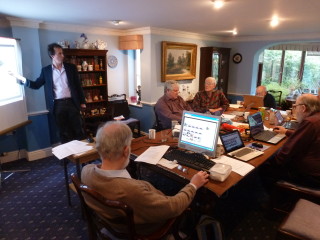 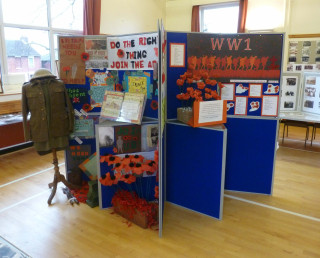 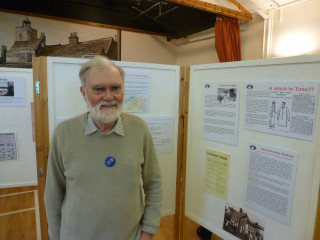 John Collins standing beside the display boards showing some of the information panels created by Lesley McCabe
Photo: Peter Hill 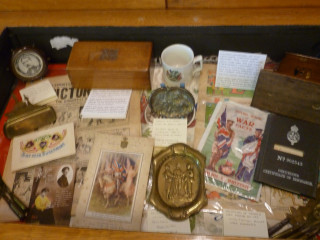 Just some of the items brought by Sue Laidler to the Exhibition
Photo: Peter Hill

The archive went public today at the Wivenhoe Memories Exhibition with a crowd of about 30 people present including local Cllrs plus Bernard and Anne Jenkin who launched the web site.

The Project team have been working since January to understand the software and so far have created over 100 pages and uploaded around 450 images.  This team has comprised Peter Hill, John Stewart, John Collins, Mike Downes, Ian Valentine, Helen Polom, Daisy Giddings, John Foster and Eric Strudwick.

Funding the cost of the History Archive

The software to run the Archive and associated costs of the database and archiving system cost around £7,000. This has been financed by contributions from the Wivenhoe Mayor’s Charity Fund (Cllr Penny Kraft in 2013 and Cllr Andrea Luxford-Vaughan in 2014), grants from CBC Locality Fund (Cllrs Cyril Liddy, the late Steve Ford, Jon Manning and Mark Cory), the Wivenhoe Society and £1,800 from the Wivenhoe Preservation Trust with the balance coming from the Heritage Lottery Fund (HLF).  The HLF gave us a total grant of £9,000 towards recording WW1 memories and part towards the balance required for the digital archive.

John Stewart’s Memories Exhibition this time had a special focus on WW1. Gill Strudwick has been leading a team of people who have been researching WW1 and the war’s impact on Wivenhoe.  She has been working with Wivenhoe’s local schools and they contributed a stand showing just some of their work. Visitors to the exhibition found this display very impressive. Lesley McCabe had put a fantastic amount of effort into producing some really great display panels to show people a sample of the impact of War on the community at that time.  These were shown on the display boards borrowed from the Nottage Maritime Institute.

Sue Laidler from Colchester also came on Saturday to show some her vast collection of WW1 memorabilia to enhance this theme of WW1.

In addition, the Wivenhoe History Group’s WW1 Project team produced a booklet about WW1 to sell at the Exhibition which recorded some of the material researched by the team.

Richard Husk, a descendant of the Husk family who owned the downstream shipyard for over 100 years attended the Exhibition – click here.  Richard and his wife Anne now live near Bishops Stortford, having left Wivenhoe in 1947 after the shipyard was sold.