You are here: Home>Topics>Activities of the WHG>4 Major Projects of the WHG>Wivenhoe's Pubs & Beerhouses>About The Lion (or Red Lion) – Unknown to 1906

Next door to what was The Grapes, in the High Street, opposite the Church

Research and notes by Terry Garland, 2020 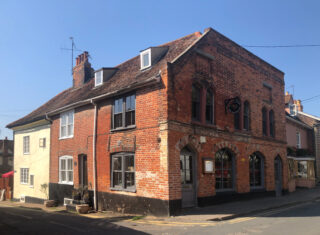 The building which was once The Red Lion
Terry Garland 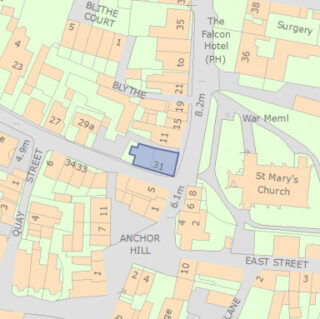 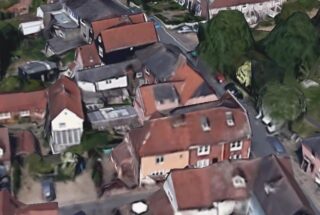 The Lion was another beerhouse at the bottom of the High Street at the junction with West Street (Nos. 7 and 9 High Street, Red Lion Cottage and The Old House, West Street) next door to what was The Grapes. The beerhouse closed in 1906 when its licence renewal was refused by Essex County Council and compensation paid to the brewer, The Colchester Brewing Co., with the landlord Arthur James Blackwell purchasing the building. it is now three properties with a Tapas bar occupying the High Street frontages and Red Lion Cottage and Old House being private residences.

The Lion or Red Lion was in one of the early buildings of Wivenhoe; it was in the buildings which run down West Street and now terminate in The Old House. These date from the 16th century and were in one ownership until the beerhouse closed in the early 20th century.

The Reason for the Name

The Red Lion was the symbol of King Richard I (1157 – 1199) known as Coeur de Lion and the origin of the three gold lions on a red ground which remains the coat of arms of the English crown. Whilst public houses adopted the symbols of the heraldic badges of royalty or local nobility, it is unlikely that the pub has origins dating that far into mediæval times and it is likely adopted later as a Royalist symbol. That pushes the date for the naming later in history, as during the Civil War and Siege of Colchester in 1648, Essex was on the side of the Parliamentarians and displaying the badge of the Royalists would not have been prudent. The arms of Viscount Beaumont also includes a lion, but this is on a blue ground so not a good contender.

On the Tithe Map of 1838, the building on this site was narrower and extended down West Street beyond what is now the car park for Valentino’s Restaurant. Whilst the western portion has disappeared the continuous roof of the original narrower building is evident from aerial views. The west end of Old House gives the appearance of an external wall and the further buildings may well have been single storey. A cellar and low window exists to no. 31 whereas there is no cellar to the High Street part.

The High Street elevation shows evidence of many alterations over the centuries. The truncated hipped roof indicates a missing bay to the timber frame of the upper floor, whether this was a jettied floor over the entrance or a full extra bay cannot be ascertained without considerable opening up. There is a timber framed return to the north of Old House at the end of the narrow alley between that and no. 11 High Street.

The brick cladding to the High Street and to no. 31 West Street is generally 19th century, and the infill down the alley to the return on the Old House, which now forms no. 9 High Street, is likely to be contemporary to that. At the rear of the alley is a toilet and historically an external water tap which were shared by The Lion, No. 11 High Street, Christmas Cottage and three cottages that existed on the car park site, replacing the communal well to the south of Christmas Cottage, all these properties having rights of way over the alley.

The brick frontage shows much repair and there is a missing section of the parapet to the south east corner. This is in part repairs following The Colchester Earthquake in 1884 which caused considerable damage to Wivenhoe.

There is surprisingly little information on the licensees of The Lion. The notes compiled by Nick Butler for his book gives Ale House Recognizances from 1769 to1801 but there is no entry for The Red Lion; however there are a number of other known pubs missing from that list as well.

Censuses give us a little more to go on, that of 1861 names Rebecca Wade as beerhouse keeper, in the previous years Elizabeth Wade is listed around the right location for 1841 and Samuel Wade appears in 1851, neither of them is given a trade nor is the beerhouse named. In 1871, 1881 and 1891 censuses Joseph Hagger shows up, as listed in the Kelly’s Directory of 1888. In 1901 James Jupp is listed as beerhouse keeper.

Kelly’s Directory of 1888 lists Joseph Hagger as landlord of The Red Lion. George Bartlett is listed in 1898 and 1899 and Charles Peacock in the 1902 edition. From the conveyance of 1907 we know that Arthur Blackwell was the last landlord.

End of the Line

No known photographs from the early 20th century show the view that would have included this as a public house. It closed in June 1906 when the County Council rejected the renewal of the beerhouse licence, on 15 June 1906 the Compensation Authority confirmed that compensation for the loss of licence would be paid to The Colchester Brewing Company, the then owners of The Red Lion. In January 1907 Arthur James Blackwell, the final landlord, purchased the property from the brewery and it remained in his family until 1974. The properties were sold in 1974, a garden and garage at the foot of Blyth’s Lane formed part of the sale. The garden was later sold in 1979 and combined with adjoining cottages in Blyth’s Lane. Old House was sold as a separate residence prior to that date. The High Street building has been run as various businesses with a wine bar and the current Tapas bar being the most recent with Red Lion Cottage a separate private residence since the 1980s.

A vernacular house of the C16 partly encased and subdivided in the C19, is listed at Grade II. Despite some alterations, the buildings retain a significant proportion of historic fabric, and where observed, timber framing of good craftsmanship; it has group value with many listed buildings in the immediate vicinity including nos. 2-6 High Street, 11-13 High Street and Christmas Cottage (all at Grade II) and the Church of St Mary the Virgin, listed at Grade II*.

Timber framed, rendered in places and exposed in others, with some elevations in orange-red brick, with polychrome brick details. The roofs have peg-tile covering. A two storey building, partly with an attic, a gabled roof to the High Street range and a hipped roof with plastered eaves to no. 29 West Street, and two red brick chimneys. The principal elevation to nos. 7 to 9 High Street has a parapet, reduced at an angle at the south. No. 7 has much replacement brick to the facade.