You are here: Home>Topics>Activities of the WHG>4 Major Projects of the WHG>Wivenhoe's Pubs & Beerhouses>Works of Art on Display in The Black Buoy - March 2020

Works of Art on Display in The Black Buoy - March 2020 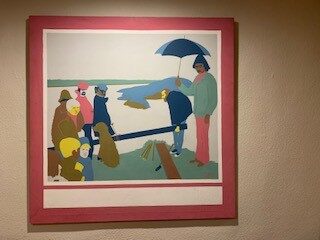 Bridging the Sea Wall, a painting by Alan Taylor
Photographed by Gill Strudwick 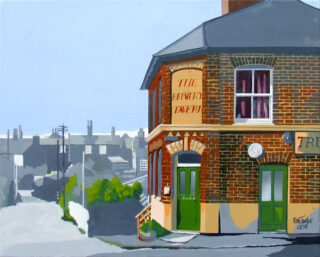 The Brewery Tavern, a painting by Alan Taylor 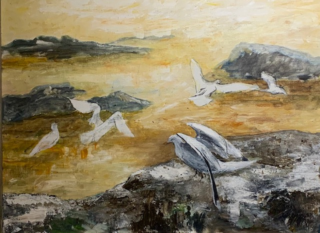 Seagulls, a painting by Gail Cross
Photographed by Daisy Giddings 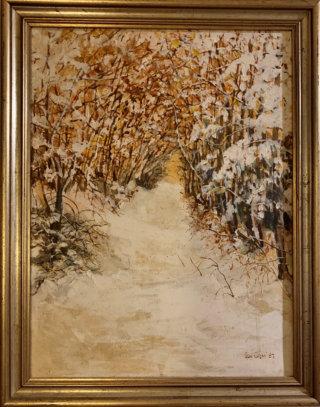 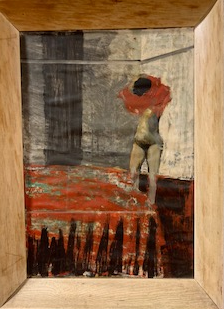 Girl in the red dress, a painting by Roy Cross
Photographed by Gill Strudwick 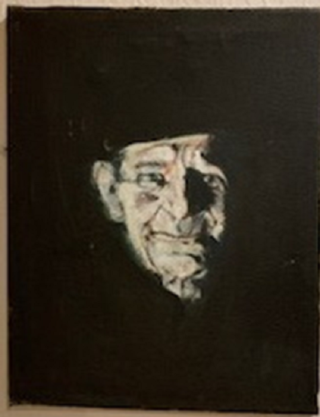 A painting of Charlie Gunn by Tony Young, painted in the 1960s 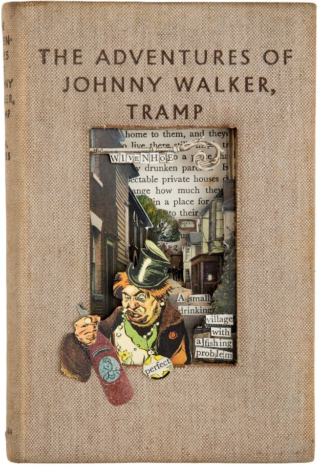 In March 2020, a number of pictures were on display in The Black Buoy. Some of them are highlighted here.


Alan was born in Middlesex, and in 1963 came to Wivenhoe to study at Colchester School of Art.  He later studied at Stourbridge College of Art and at Sussex University. He now lives in France. This painting depicts a local scene which involved some residents and University students mending a gap in the sea wall.

Also, reproduced here is a painting of The Brewery Tavern, a pub just round the corner from The Black Buoy and well frequented by lots of artists too.

See Alan’s bright cards in the Wivenhoe bookshop and his website from where his works of art can be purchased:  www.paintingstore.net

Gail came from London and was often referred to as the ‘Chelsea Girl’.  She trained in photography but enjoyed painting.  She was  married to the artist Roy Cross, and they came to Wivenhoe in the late 1950s.  They were a very attractive couple and at this time were referred to as the ‘Burton and Taylor’ of Wivenhoe.

Roy was a very talented Artist and he encouraged other artists to come here in the 1960’s.  He studied at Liverpool School of Art and in later years became Head of Art at St.Helena School, Colchester.  He was famous for his sweeping abstract marks with thick oil paint.


Tony Young was born in 1940.  He had no formal art training, but was well known in Wivenhoe for his artistic talent.  He was also a successful picture framer and he lived in Station Road.

Tony’s local was ‘The Station’ and this art-work is thought to be of Charlie Gunn who also frequented this pub, was a drinking companion and a local character, who lived on his boat on The Quay. See picture painted in the 1960s.

Tony was an active member of Wivenhoe Arts Club during the 1960s and was part of a small group who started the May Fair.

When George Gale of Ballast Quay House decided to create an arts club in his former stables & coach house, this group of artists became long serving members of the Wivenhoe Arts Club.

After the 2nd World War famous artists such as Dennis Wirth Miller & Richard Chopping came to live in Wivenhoe.  Later in the 1970’s John Doubleday and Ernie Turner brought their fame to Wivenhoe.  Ernie Turner used to exhibit his paintings in the Brewery Tavern.

Now in 2020 many talented artists and creative people live and work in Wivenhoe.

The work on the right is by Alison Stockmarr who lives in Wivenhoe.

‘A small drinking village with a fishing problem’