You are here: Home>Topics>Activities of the WHG>Meetings of the Wivenhoe History Group>WHG Meeting - May 2017 about the Sanford Family

WHG Meeting - May 2017 about the Sanford Family 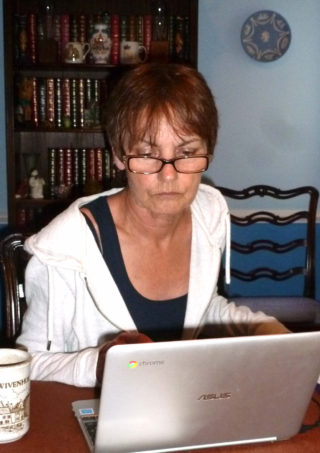 On Tuesday, 16th May 2017, Frances Belsham gave an illustrated talk at the well-attended Wivenhoe History Group meeting  about the Sanford family.  The Sanfords’ became a very significant and a quite wealthy family here in Wivenhoe, after the arrival of John Sanford around 1800.

Frances has conducted a lot of research into this family and has been able to go though old wills and journals of the family, as well as taking many pictures to do with family, which she was able to use with talk.

Although John Sanford had six children, sadly, by the 1900s, the family had died out with no male children to carry the name forward. However, two members of the 3rd generation, Thomas Sanford, and his sister Mary Ann Sanford, left their mark on Wivenhoe; Thomas by paying for the construction of the Chapel in Quay Street, and Mary Ann by having the six cottages in Rebow Road built for ‘poor widows and single women of good and industrious character’.