With Andrew Phillips as our guest speaker 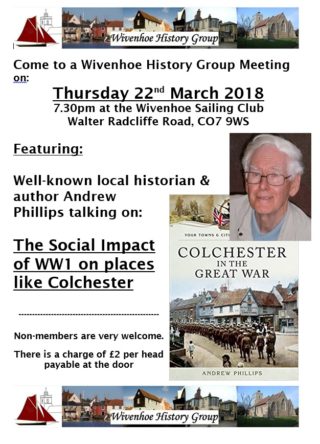 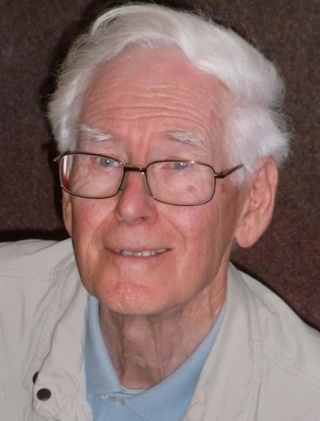 The 5th Annual Meeting of the Wivenhoe History Group was held on Thursday 22nd March at the Wivenhoe Sailing Club at 7.30pm with about 30 people present.  The meeting started with a minute’s silence in tribute to the premature passing of John Stewart who died on 5th February 2018 aged just 70 years. See the History Group’s tribute to John – click here

Our Treasurer, Eric Strudwick provided members with the accounts for the year to 31st December 2017 which were approved. It was agreed we continue without asking members to pay annual subscription but to make a donation if they feel so inclined.

The previous officers and committee members were all willing to stand again (see list below) although Ian Valentine had indicated a wish to retire after 5 year’s loyal service as our Secretary. Peter Hill as Chairman acknowledged Ian’s great service as Secretary and said he was pleased that Ian was willing to remain on the committee as Membership Secretary. Frances Belsham volunteered to become Secretary in place of Ian, and Michael Smither offered to join the committee.  He, and everyone else were elected for a further year.

Peter Hill then introduced our guest speaker for the evening who was Andrew Phillips from Colchester Recalled.   Andrew had written a book called Colchester in the Great War which was published last year.  We had asked him to talk about the Social Impact of WW1 on places such as Colchester.

Andrew proved himself a wonderful speaker and really brought to life the atmosphere which prevailed in Colchester at that time. The 30 or so people who were present for this meeting really enjoyed Andrew’s presentation and the very engaging manner in which he gave it.   After his presentation and the answering of a few questions, he was warmly thanked; Peter Hill presented him with a bottle of wine and said that the History Group would be making a donation to the Colchester branch of the Royal British Legion in lieu of a speaker fee as Andrew had requested. He also presented Andrew with a copy of the Wivenhoe Roll of Honour.