A full weekend of fun activities in our community was planned 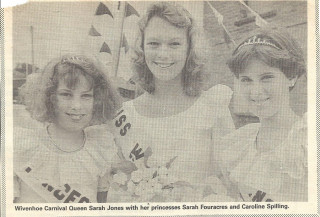 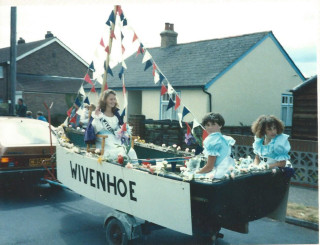 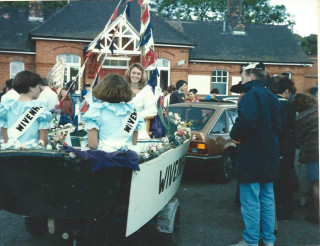 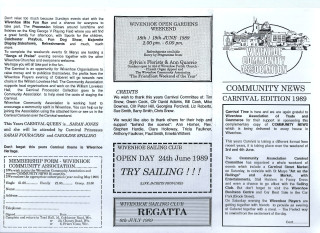 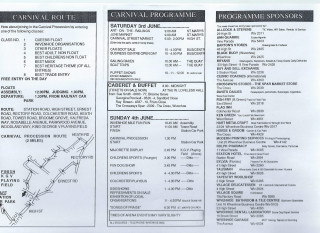 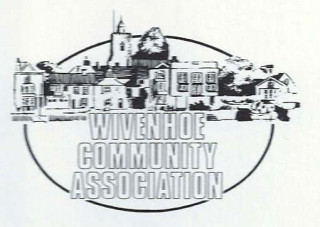 Logo of the Wivenhoe Community Association

In 1989 Wivenhoe Carnival was brought under the Wivenhoe Community Association; a special Committee was formed especially to organise it, comprising the following people:

A full programme of events were planned for the weekend of Saturday 3rd June – Sunday 4th June. Every person in Wivenhoe received a copy of the programme through the generous sponsorship of many members of the Wivenhoe Association of Trade and Commerce. The programme comprised:

Saturday – Carnival Street Market in the High Street coinciding with Art on the Railings and June Market; a Car Boot Sale in Business Centre coinciding with a Business Open Day; Sailing races and boat trips from The Quay; Puppet Shows for children in the St John Hall and a Cabaret & Buffet evening in the Wm Loveless Hall organised by the Wivenhoe Players.

Sunday was also a full day of activity starting with the annual Wivenhoe Mile fun run from Tower Road to the Station car park, followed by the Carnival Procession with 14 floats which started in the Station car park and ended in the KGV after following a route up the High Street, Ernest Road, Rectory Road, Heath Road, Tower Road, Valfreda Way, Rosabelle Avenue, Parkwood Avenue, Woodland Way and then into the KGV playing field through the top gate. On the field were organised Sports for the Children, and the Colchester Playbus was there, A fun Dog Show was held in the arena, there were Majorette Displays, sideshows and refreshments for everyone to enjoy.  The day ended with a Carnival Songs of Praise in St Mary’s Church.

The Carnival Queen was Sarah Jones and her two princesses were Sarah Fouracres and Caroline Spilling.

It was certainly an action-packed and exciting weekend.