Wivenhoe Society gave £19,182 in this period 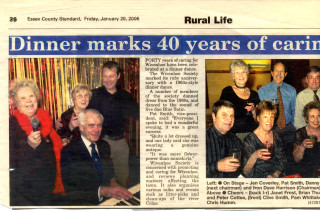 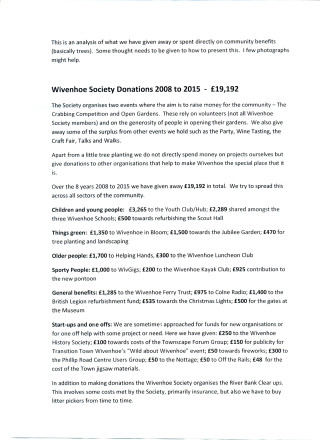 Between 2008 and 2015 Wivenhoe Sociery gave grants to various organisations in Wivenhoe.  This money which has been raised from various events organised by the Society or in partnership with the Society like Open Gardens which is joint ly organised with the St. Mary’s Church.  Other events held by the Society include an annual craft fair, wine tasting talks and an annual party.

Over these eight years, the Wivenhoe Society has given £19,192 in total.

It has aimed to spread this across all sectors of the community.